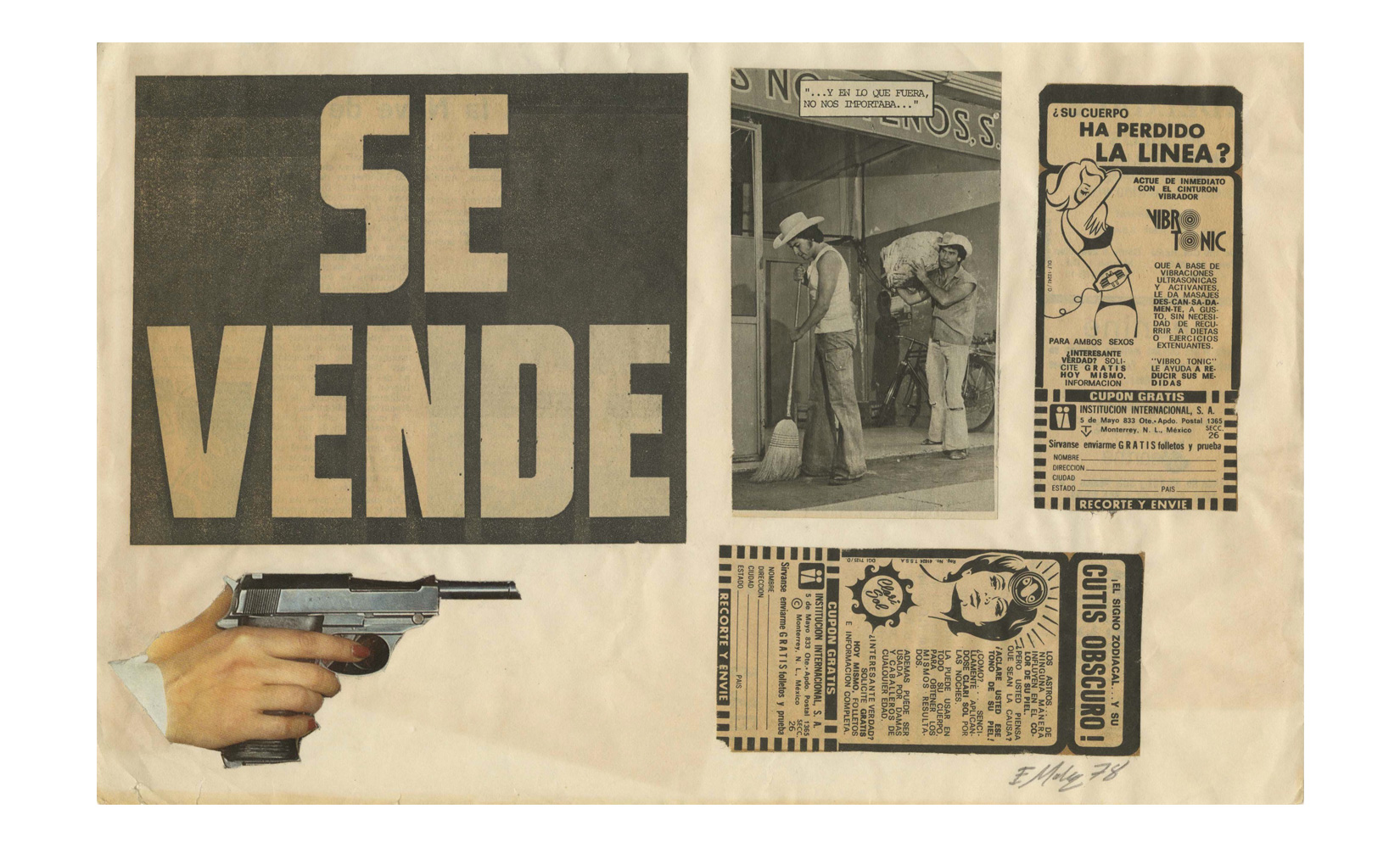 In the 1970s, Ernesto Molina produced a series of collages composed of thematically interrelated and overlapping newspaper clippings. His works employ the visual vocabulary typical of Grupo Suma (an artists’ collective active in Mexico from 1976 to 1982), of which Molina was a member: found objects, newspaper clippings, posters, and other discarded urban materials.