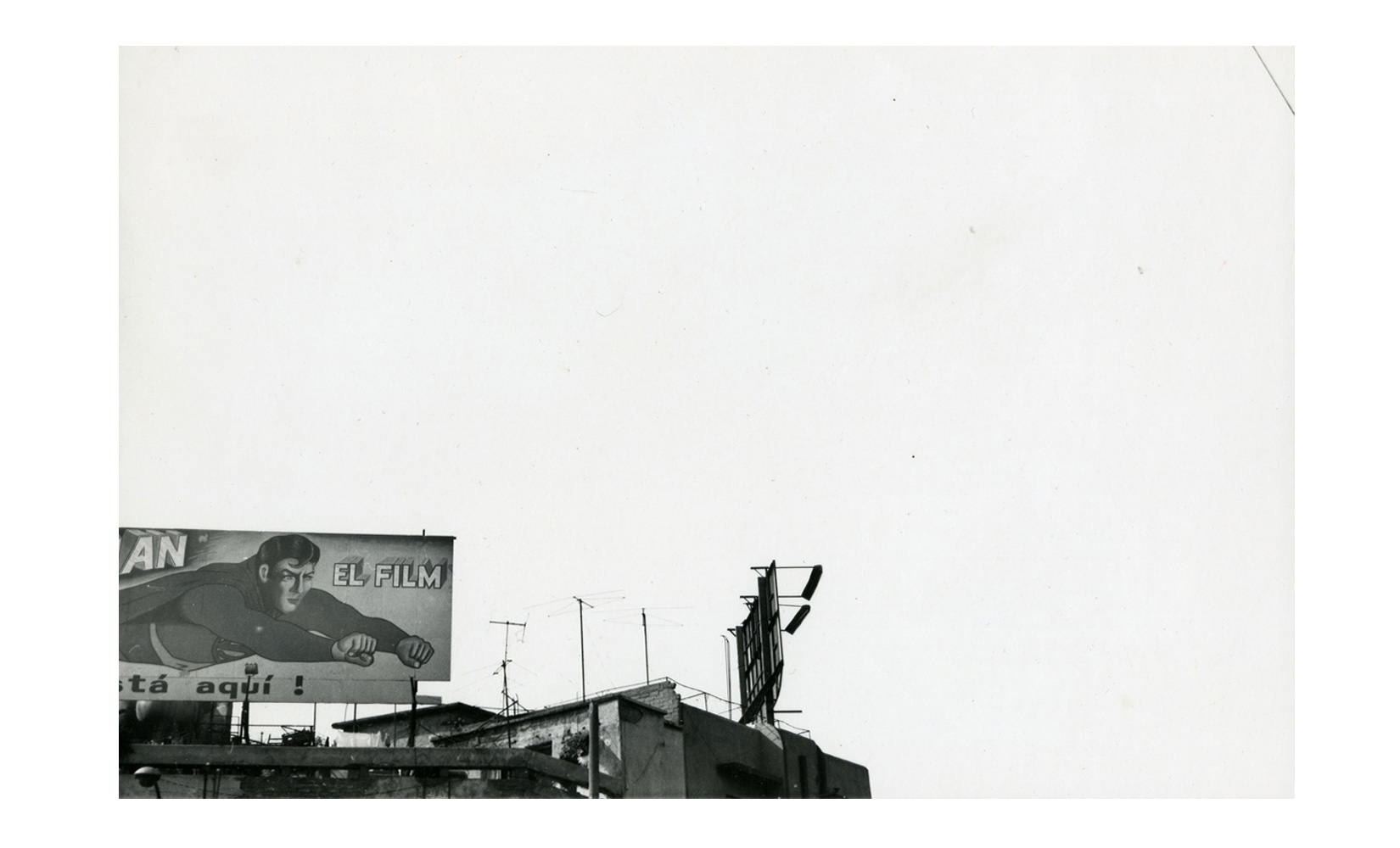 “My first project, which I called Fauna Imperial Celeste, explored the advertising billboards on the roofs of city buildings. Their fauna intrigued me: the Osborne bull, the superhero hybrids, and the ultra-stereotypical figures of men and women promoting underwear or lingerie. ‘Imperial,’ because of imperialism: most of the brands are multinationals. And ‘celeste,’ because the advertisements were way up there, in the sky. I took them from below, a steep angle, with the billboards stretching across the entire image, the entire space of the sky. I was a highly delicate operation of formal paring down. I have always been interested in the esthetic handling of lines and forms.” —Armando Cristeto

Armando Cristeto began to study photography in 1977 at the Universidad Nacional Autónoma de México. He has combined his creative work with activity as a promoter, curator, and organizer of photography events. He participated in the traveling exhibition Fotografía en la Calle and in the interdisciplinary group Peyote and La Compañia. He has served as curator of the photo gallery of the Consejo Mexicano de Fotografía, an organization to which he has belonged since 1981. A lecturer at various photography forums and seminars, he has also served as a juror at the 5th Photography Biennial of the Instituto Nacional de Bellas Artes and as curator and coordinator of numerous photography exhibitions.