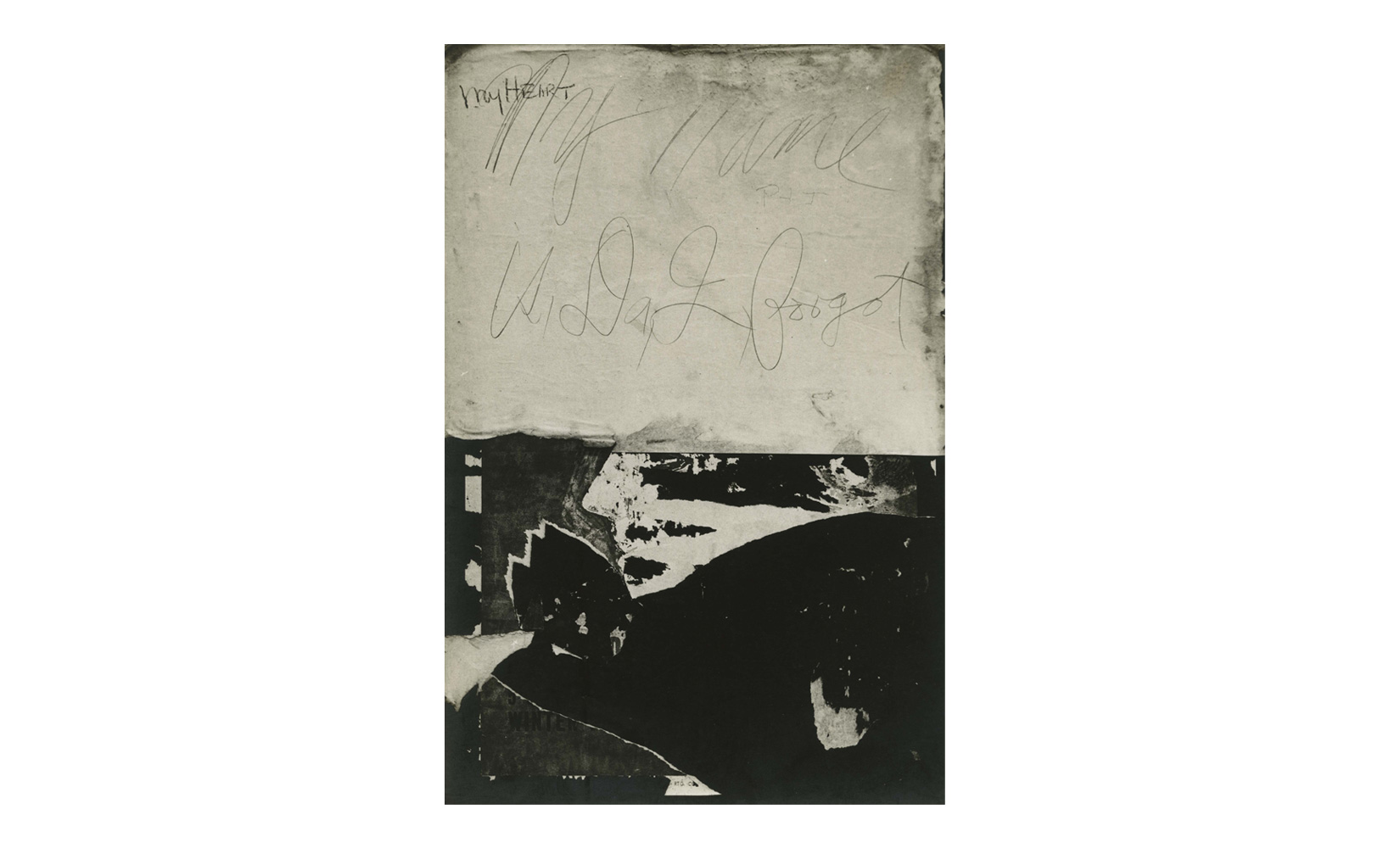 David Consuegra produced the series entitled Walls (1961-1963) while he was studying graphic design at Yale University. Photography allowed him to capture the ever-changing surfaces, textures, and signs on the walls of the city. The influence of the work of the New York abstract expressionists is discernable in his vision (New Haven is just two hours from New York City by train), particularly Mark Rothko’s dichromatic panels, Franz Kline’s black-and-white canvases, and, albeit more discreetly, and in terms of narrative, Cy Twombly’s palimpsests.

David Consuegra earned degrees in the fine arts at Boston University and at Yale, as well as training for a time with Paul Rand. A pioneer of contemporary graphic design in Colombia, he was also active as a teacher, associated with the Universidad de Bogotá Jorge Tadeo Lozano, the Universidad de los Andes, and the Universidad Nacional de Colombia. He founded the journals Nova (1964-1966, six issues) and Teoría y práctica del diseño gráfico (1982-1987, seven issues, the final one devoted to the work of Sergio Trujillo Magnenat) and was the head of the graphic arts department of the Museo de Arte Moderno de Bogotá, for which he designed the logotype. He created dozens of logotypes for other Colombian institutions and brands, many of them still widely present in the country’s visual landscape. He also designed the Chorus, Negret, Museal, and Croydon typefaces. He was the author of numerous books ―some brief, some voluminous―, including a history of art (En busca del cuadrado, 1992), a treatise on typography (American Type Design and Designers, 2004), and two books for children (Una vez tres veces and El mundo de los colores, both 1983). Although David Consuegra’s photographs never occupied a prominent place in his work as a whole, and have been rarely exhibited, they reveal an acute sense of spatial organization and narrative force.