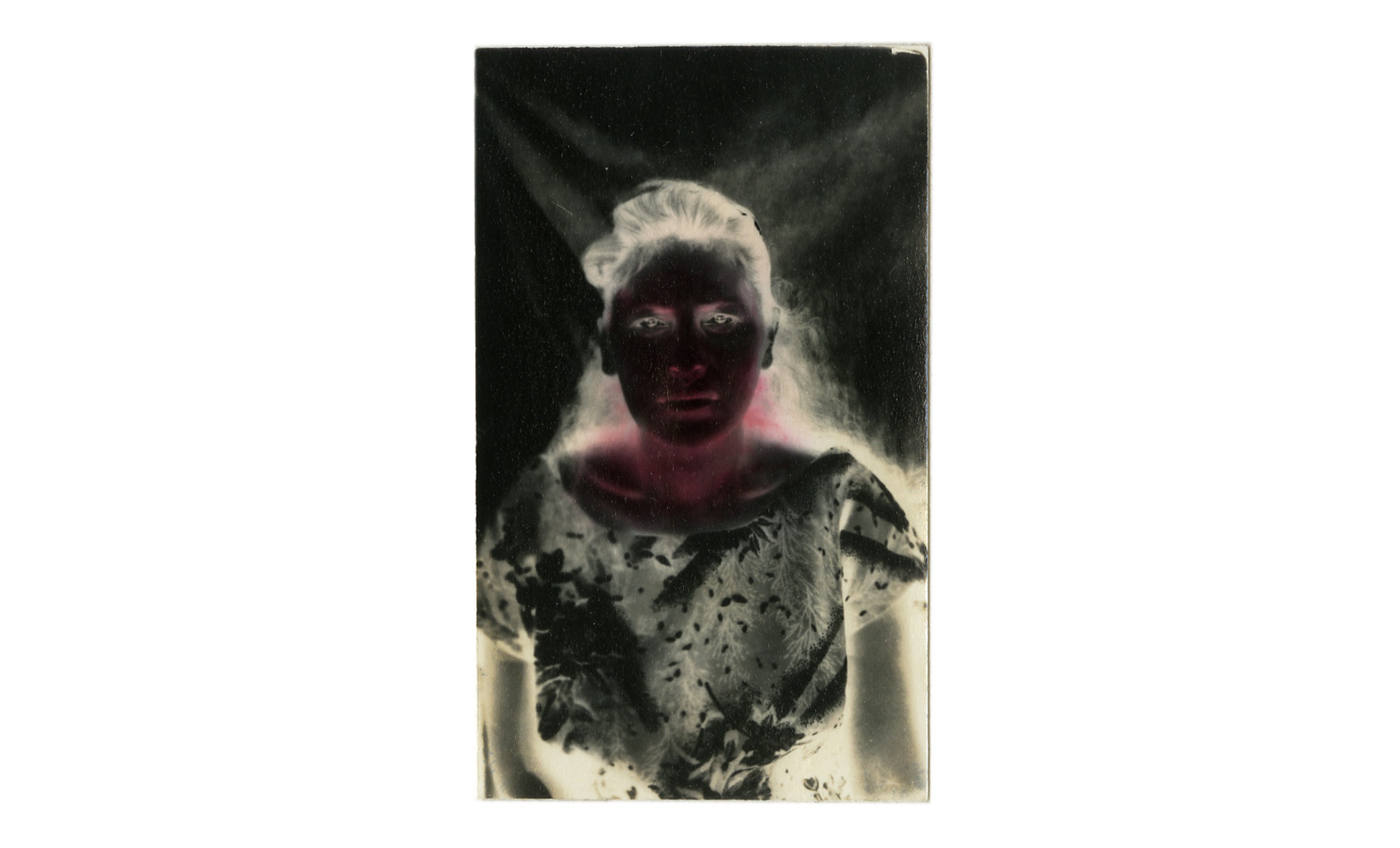 “This series is based on the rudimentary technique of the street photographers of Cuzco, Peru, who shoot directly onto photographic paper using a box camera, not only economizing on material but also producing immediate results. The exposed paper is developed in the camera itself, with the aid of developer and diluted fixer stored in small recycled tins. As the paper negative is removed to dry in the intense mountain sunlight, a layer of Mercurochrome is automatically applied to the skin of the subject. This negative with red retouching is then rephotographed with the same camera, in order to produce, through the same developing process, a positive, or common I.D. photo. The innocent retouching lightens the skin of the subject, producing not only a ‘racial improvement,’ but also an aesthetic, economic, and even cultural one, in the belief that a person with fair skin intrinsically represents all of these qualities. These ideas are questioned in Under the Black Sun, as the process is suspended in the middle, at the negative stage, with the red veil still covering the face of the subject.” —Milagros de la Torre (2012)

Milagros de la Torre studied communications at the Universidad de Lima and photography at the London College of Printing. She has worked as a photographer since 1991. Recipient of a grant from the Rockefeller Foundation (San Antonio) in 1995, she has also received the Premio Internacional de Fotografía Romeo Martínez and the Premio Iberoamericano para Jóvenes Creadores for the series Los pasos perdidos (1996). She worked as an assistant in the photography conservation department of the Musée Carnavalet in Paris. In 2011, she received a Guggenheim fellowship. She has participated in numerous exhibitions, including Observed (2012) at the Americas Society in New York, and Indicios, a retrospective at the Museo de Arte de Lima (2012). She lives and works in New York.