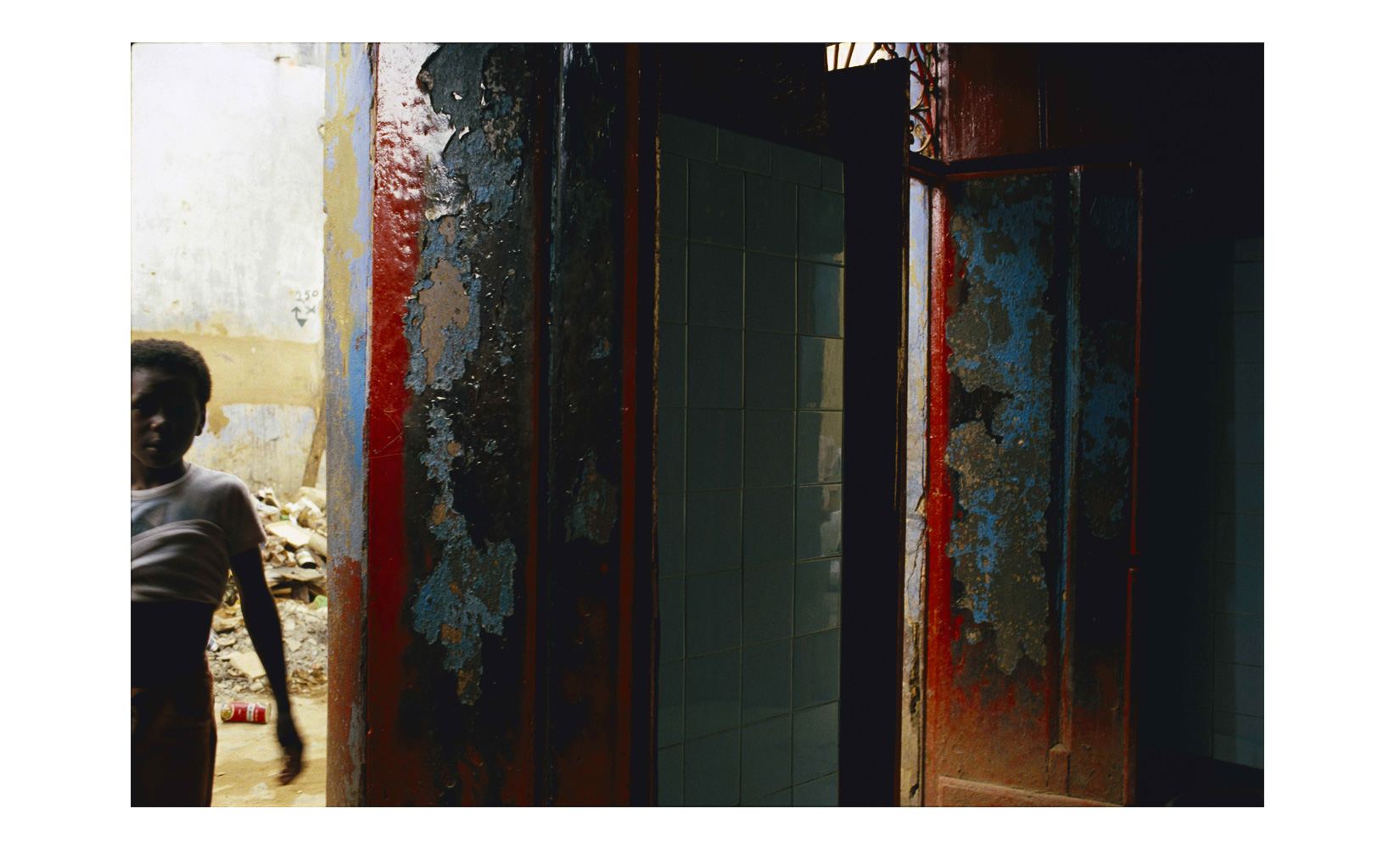 “My work is a collection of fragments. It could hardly be otherwise. I spend my time recomposing my works, putting the pieces together.” —Miguel Rio Branco

Miguel da Silva Paranhos do Rio Branco studied at the New York Institute of Photography in 1966 and at the Escola Superior de Desenho Industrial in Rio de Janeiro in 1968. He worked as a photographer and a director of experimental and shorts films in both New York and Brazil. He soon gained recognition as one of the best photojournalists working in color and received numerous awards and distinctions for his photographs and short films. He has been a member of Magnum since 1980. Alongside his career as a photojournalist he has been active as a visual artist, working in the areas of installation, montage, collage, photography, and oil painting. Exhibitions of his work include Beauty, the Beast at the Art Institute of Boston in 2003; Plaisir la douleur at the Maison Européenne de la Photographie in Paris in 2005; Dislecsia at the Noorderlicht gallery in Groningen in the Netherlands and the Casa América in Madrid, in 2006 and 2008; and as part of the exhibition América Latina during the soirée nomade at the Fondation Cartier pour l’art contemporain in Paris on 21 November 2013. In 2020, Le Bal, in Paris, hosted an exhibition of his early photographic works.