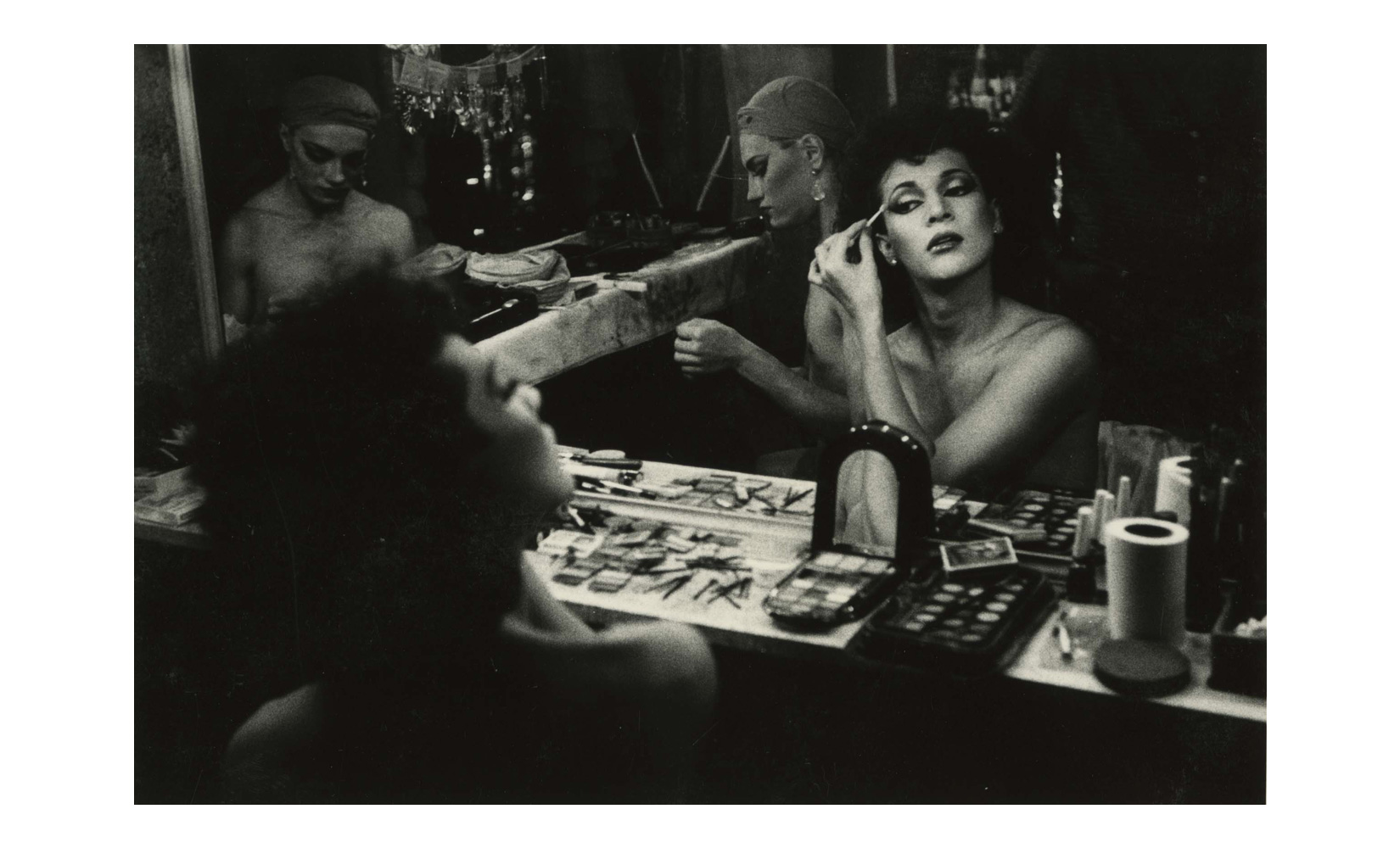 “In the photographs of Agustín Martínez Castro, the city is embodied explicitly in the anonymous inhabitants of its nights. The photographer is one of the most sensitive and most profound chroniclers of the world of transvestitism. Far removed from all sense of visual pathos, Martínez Castro offers an admirable photo essay on private life, understood as the realm of intimacy, which is celebrated here, and on the stripping away of that intimacy, which is denounced.”

Agustín Martínez Castro was a gay activist who also engaged in artistic activities such as photography and printmaking, in which his homosexual identity was fully reflected. In 1976, he joined, along with Xavier Quirarte, Rogelio Villarreal, Alberto Pergón, Miguel Fematt, and Armando Cristeto, the Grupo de Fotógrafos Independientes, founded by the self-taught artist Adolfotógrafo (Adolfo Patiño or Peyote). The collective offered an alternative to traditional exhibition circuits and organized more than a hundred mobile shows in street locations between 1976 and 1984. Martínez Castro also served as director of the Consejo Mexicano de Fotografía. He died of AIDS-related causes in 1992.