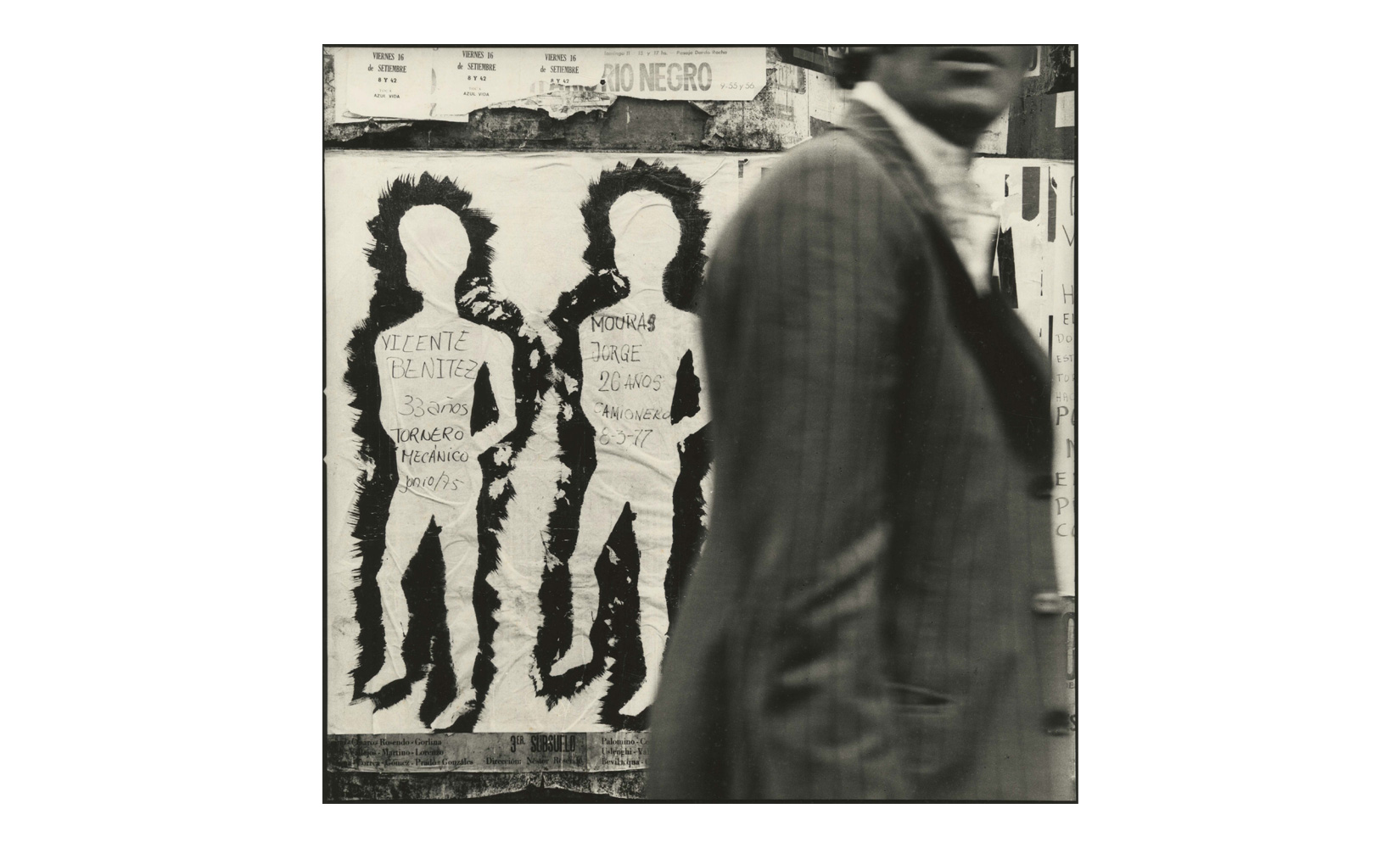 The defeat of Argentina in the Falklands War in 1982 marked the twilight of the military dictatorship. Demonstrations multiplied and certain forms of clandestine expression began to occupy public space. The siluetazo is an example of an artistic action that embraced and supported political and moral causes. On 21 September 1983, demonstrators led by a group of artists and human rights activists traced their silhouettes on posters that they put up around the Plaza de Mayo. In the space left empty by the outlines of each of these anonymous bodies traced on the wall, there is the name of a missing person, his or her age and profession, and the date he or she was murdered or disappeared. The military junta was compelled to accept free elections, which were held on 30 October 1983.

Ataúlfo Pérez Aznar studied history and cultural anthropology at the Universidad Nacional de La Plata. Photographer, professor, critic, and curator, he founded Omega, Argentina’s first photo gallery, and organized a series of Latin American Photo Months in La Plata. He has held numerous solo exhibitions in Argentina and abroad. His book Mar del Plata ¿infierno o paraíso?, first published in 1986 and with a second edition in 2007, was met with both critical acclaim and popular success. Pérez Aznar is currently the director of the Centro de Fotografía Contemporánea de La Plata and is the Argentine representative on the editorial board of the Latin American photography magazine Sueños de la razón.