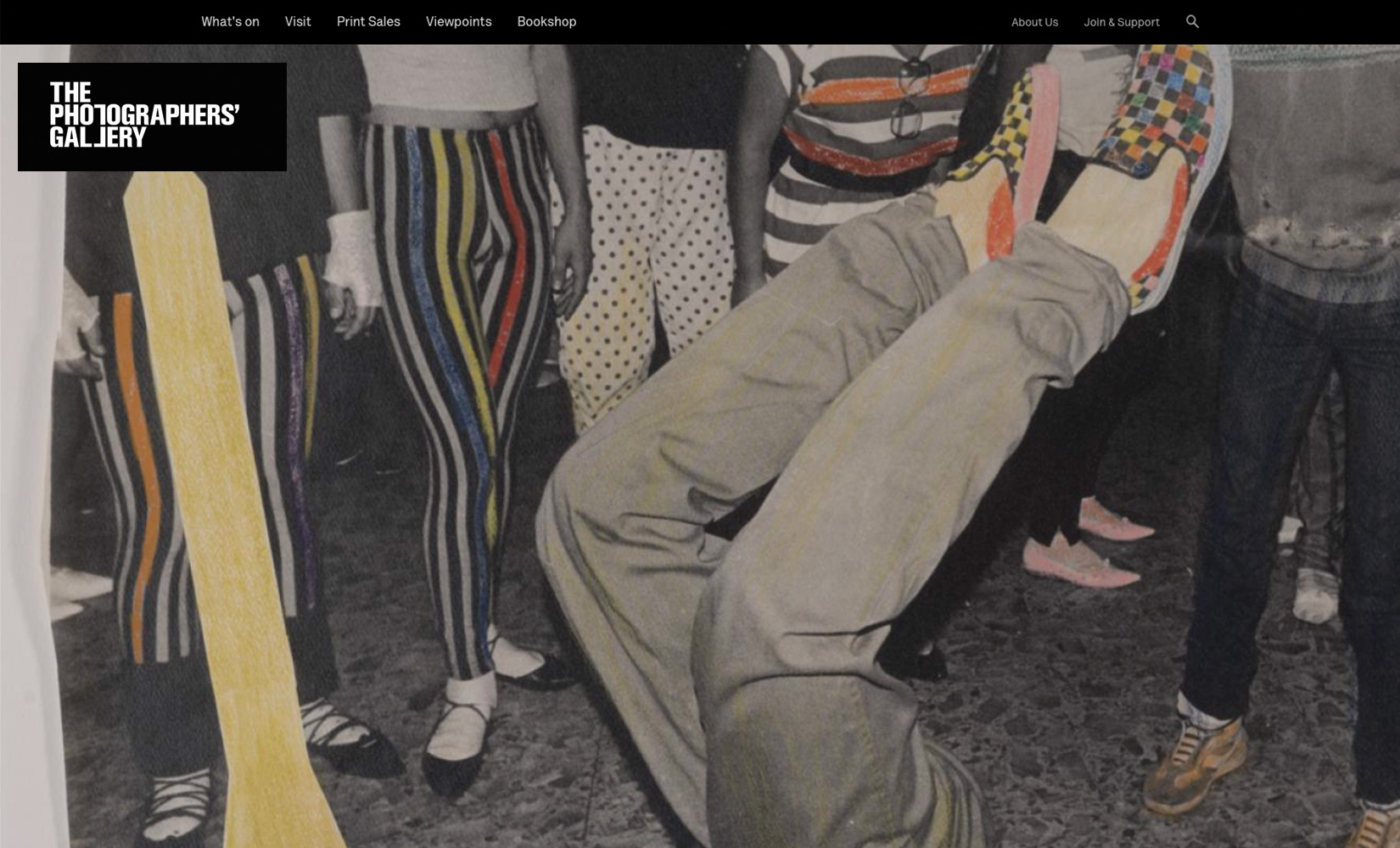 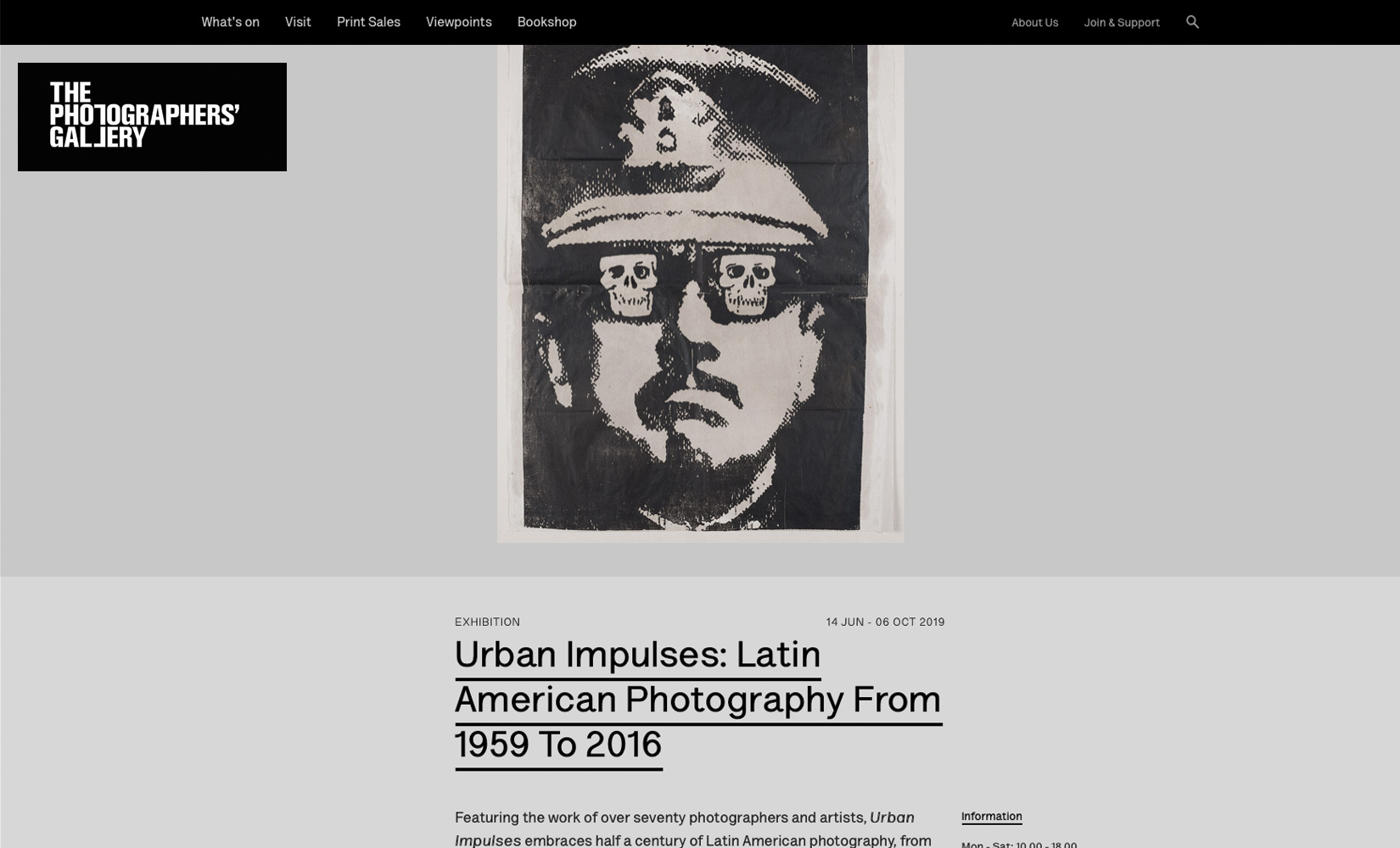 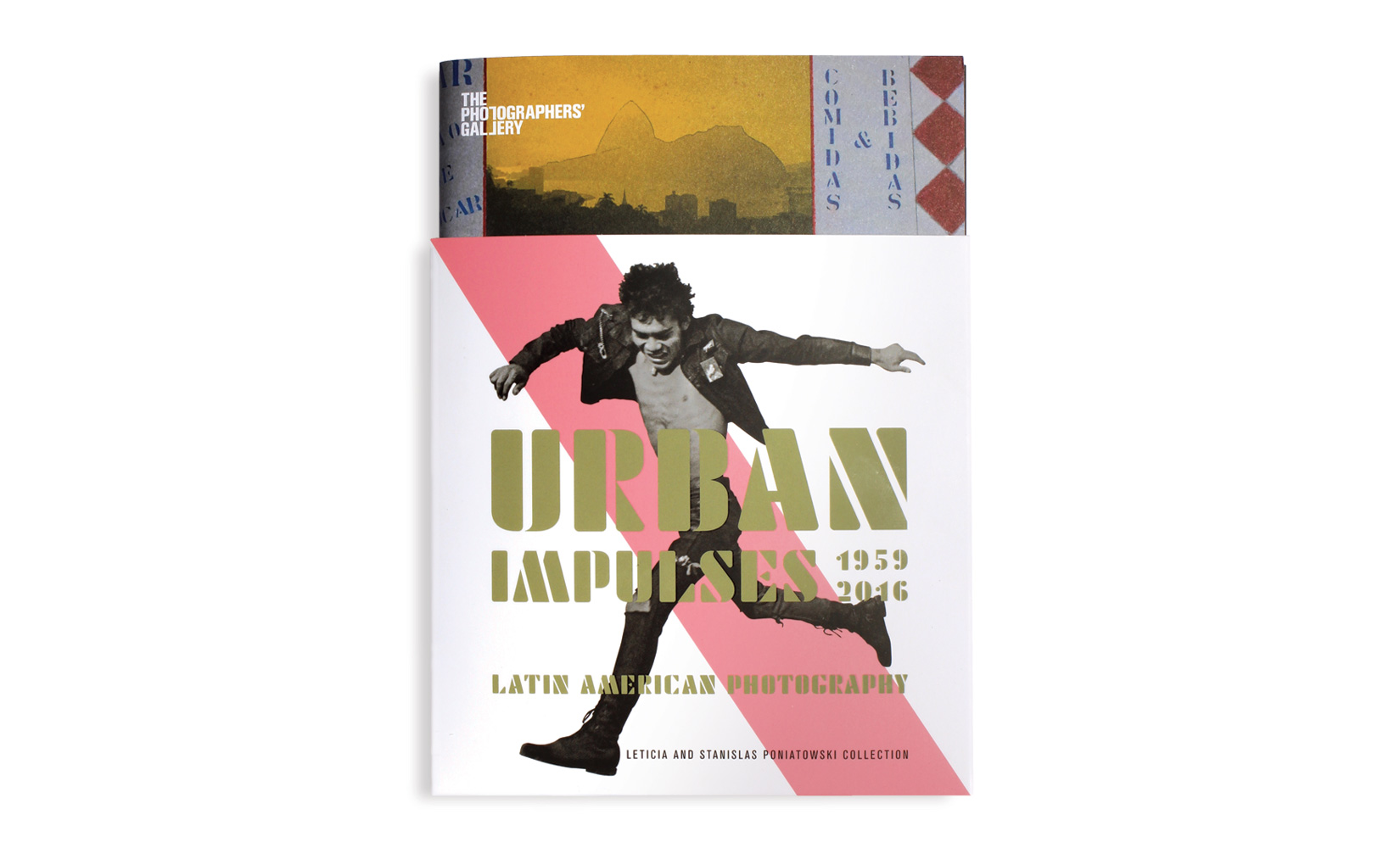 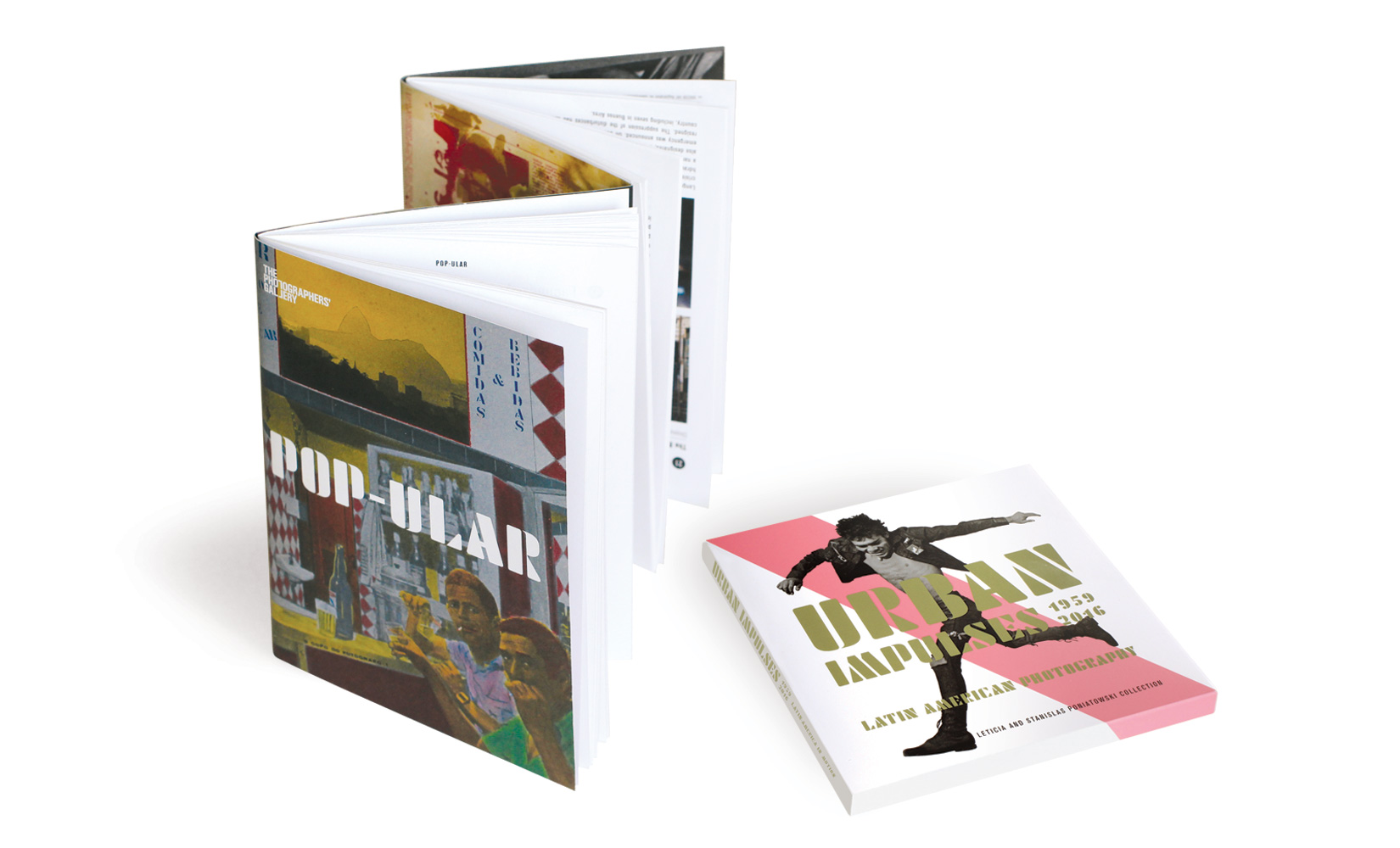 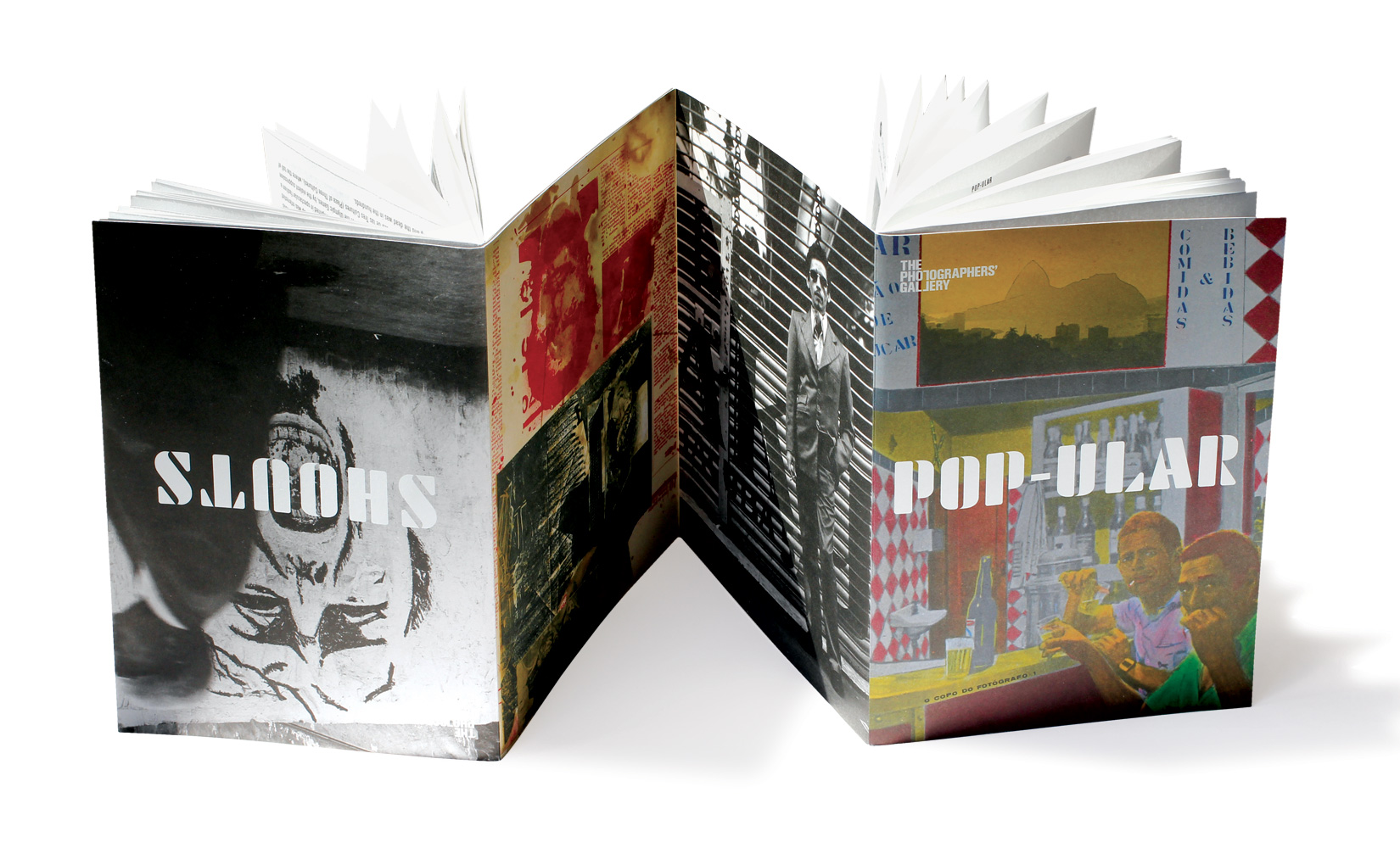 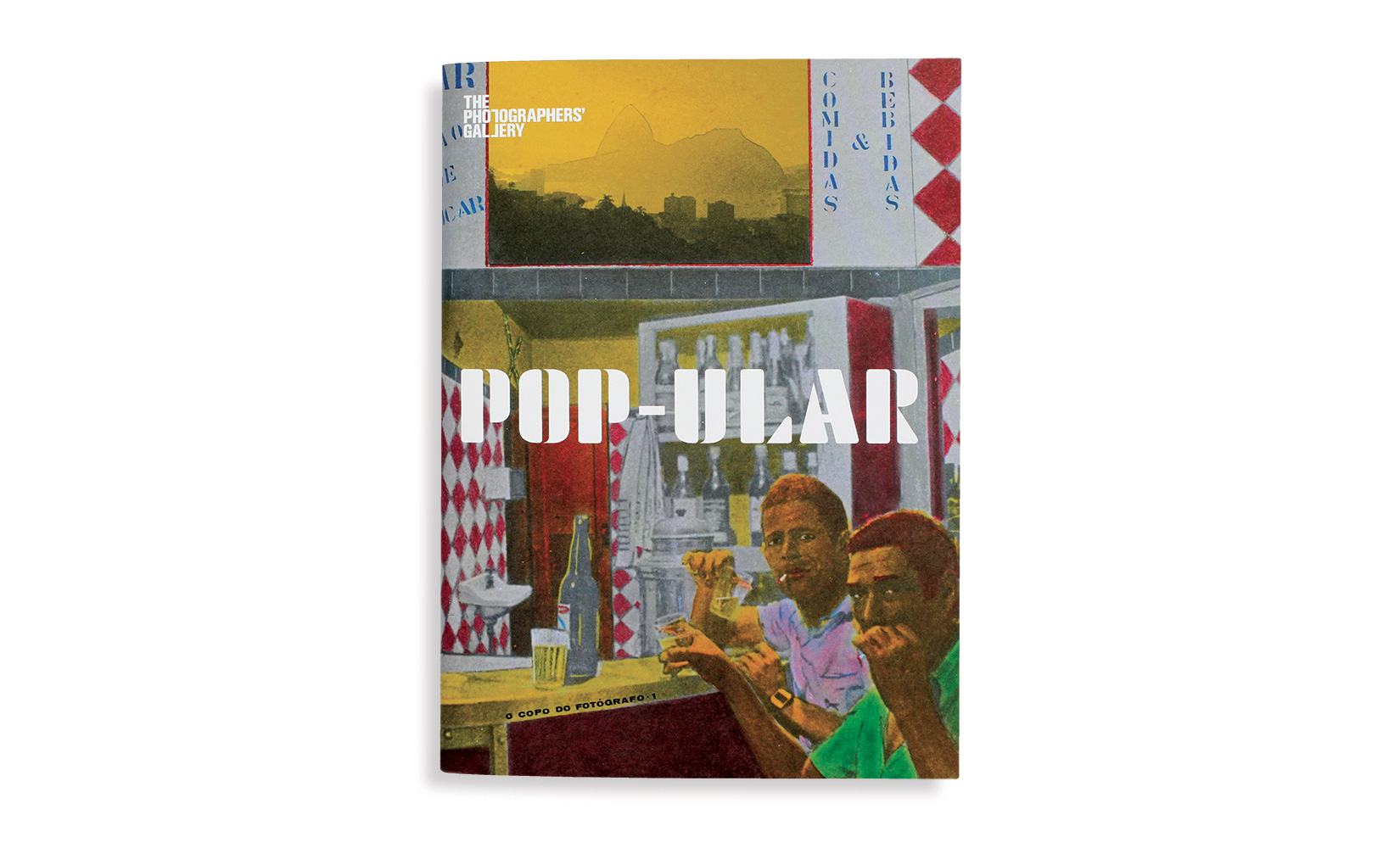 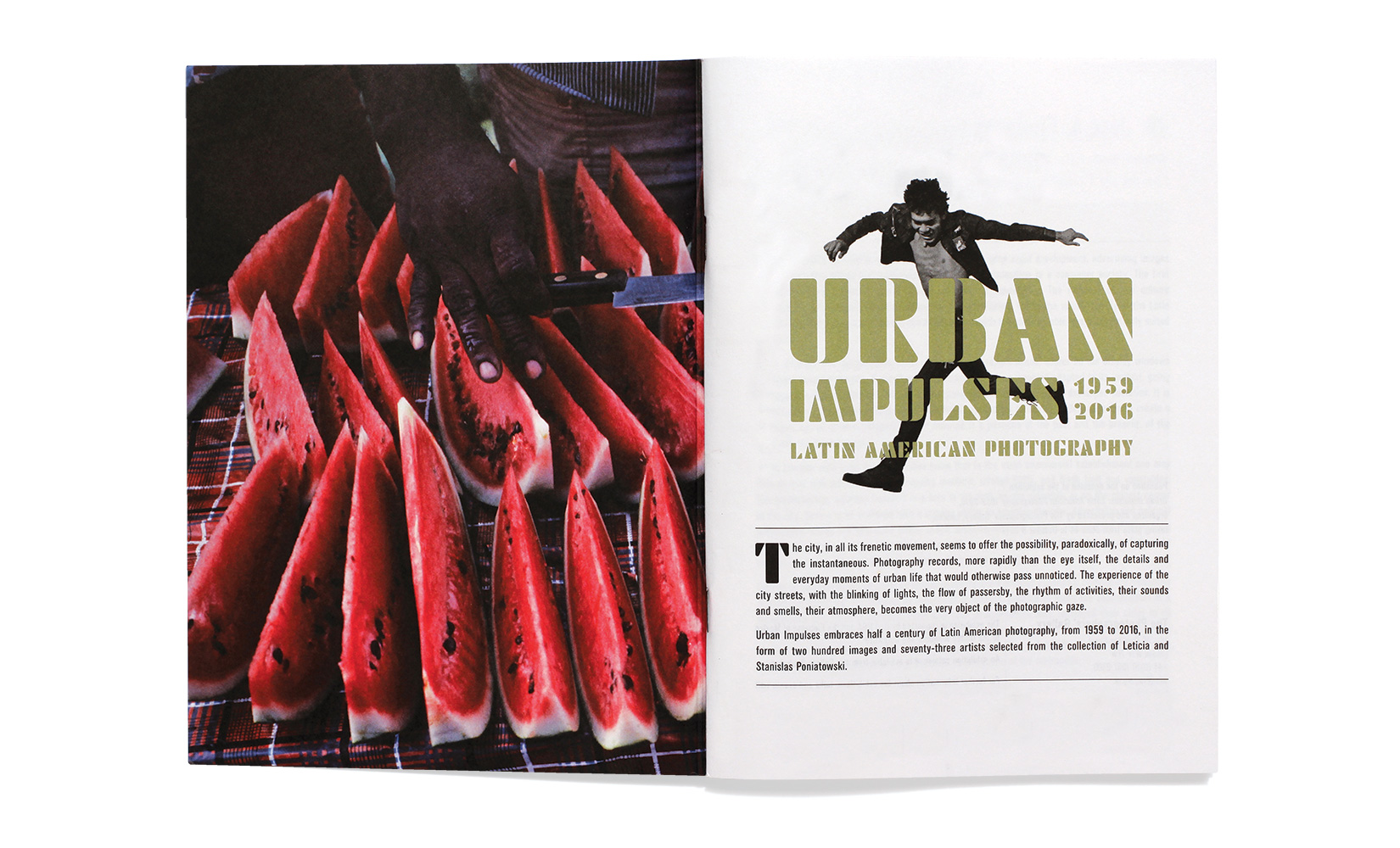 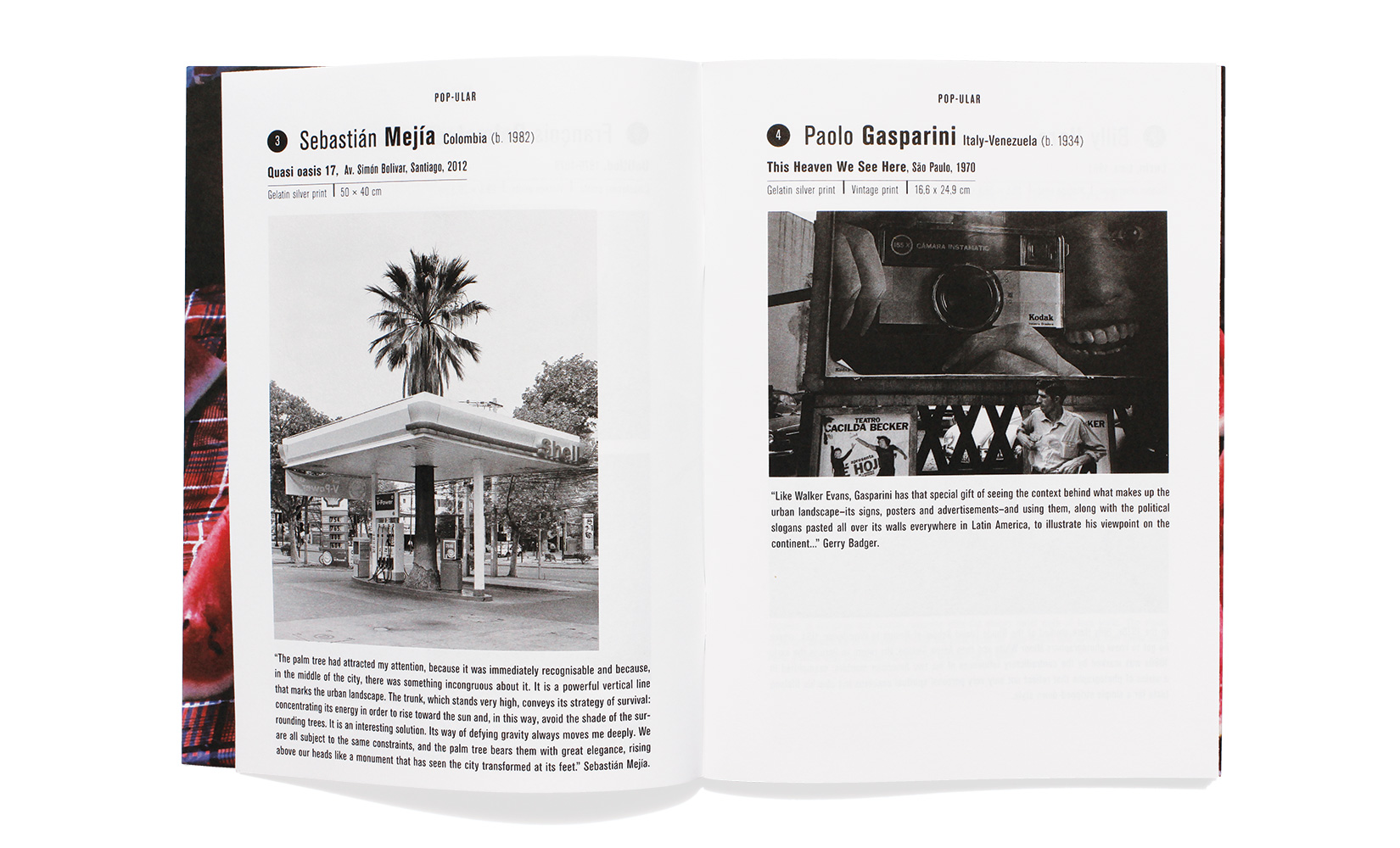 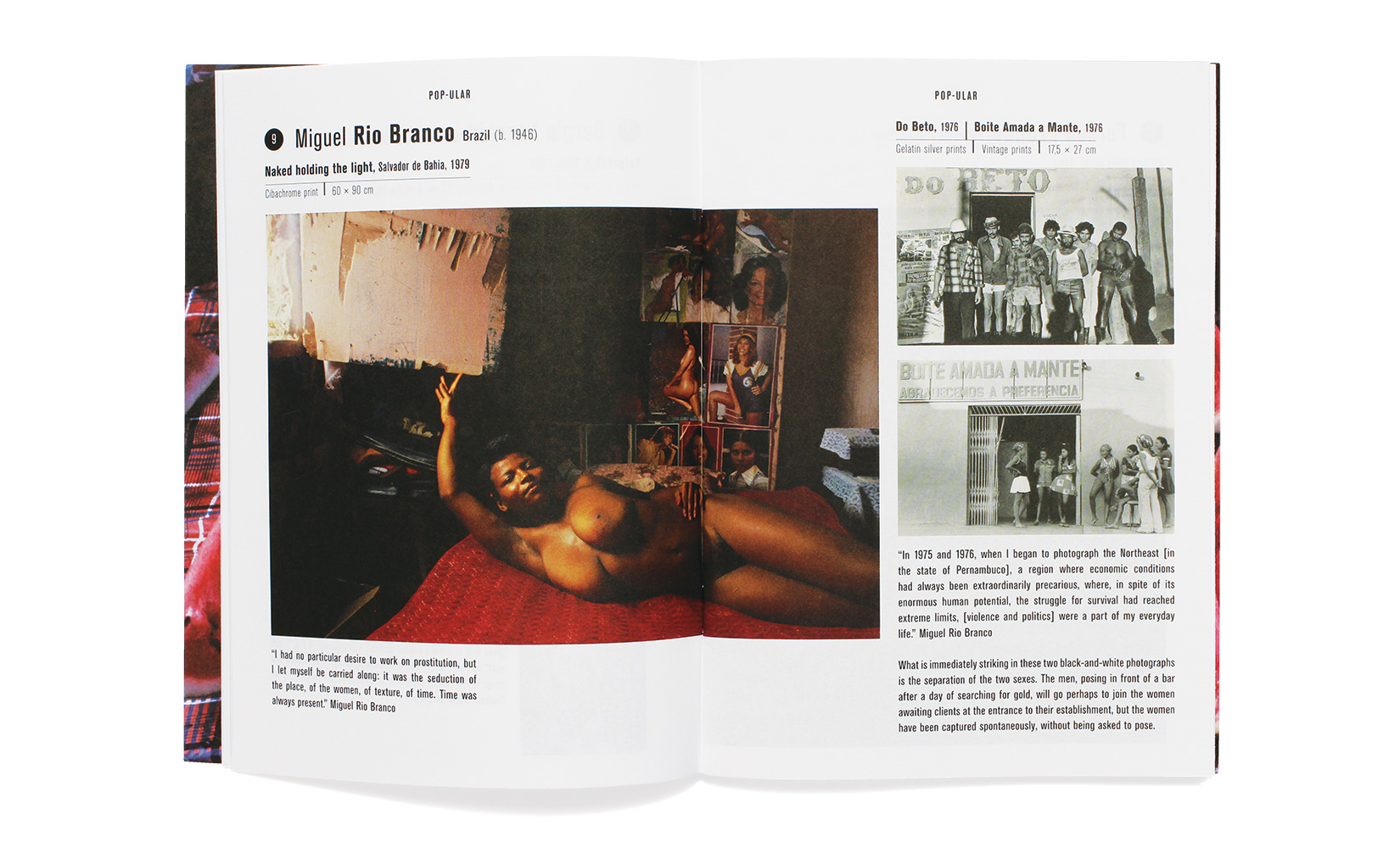 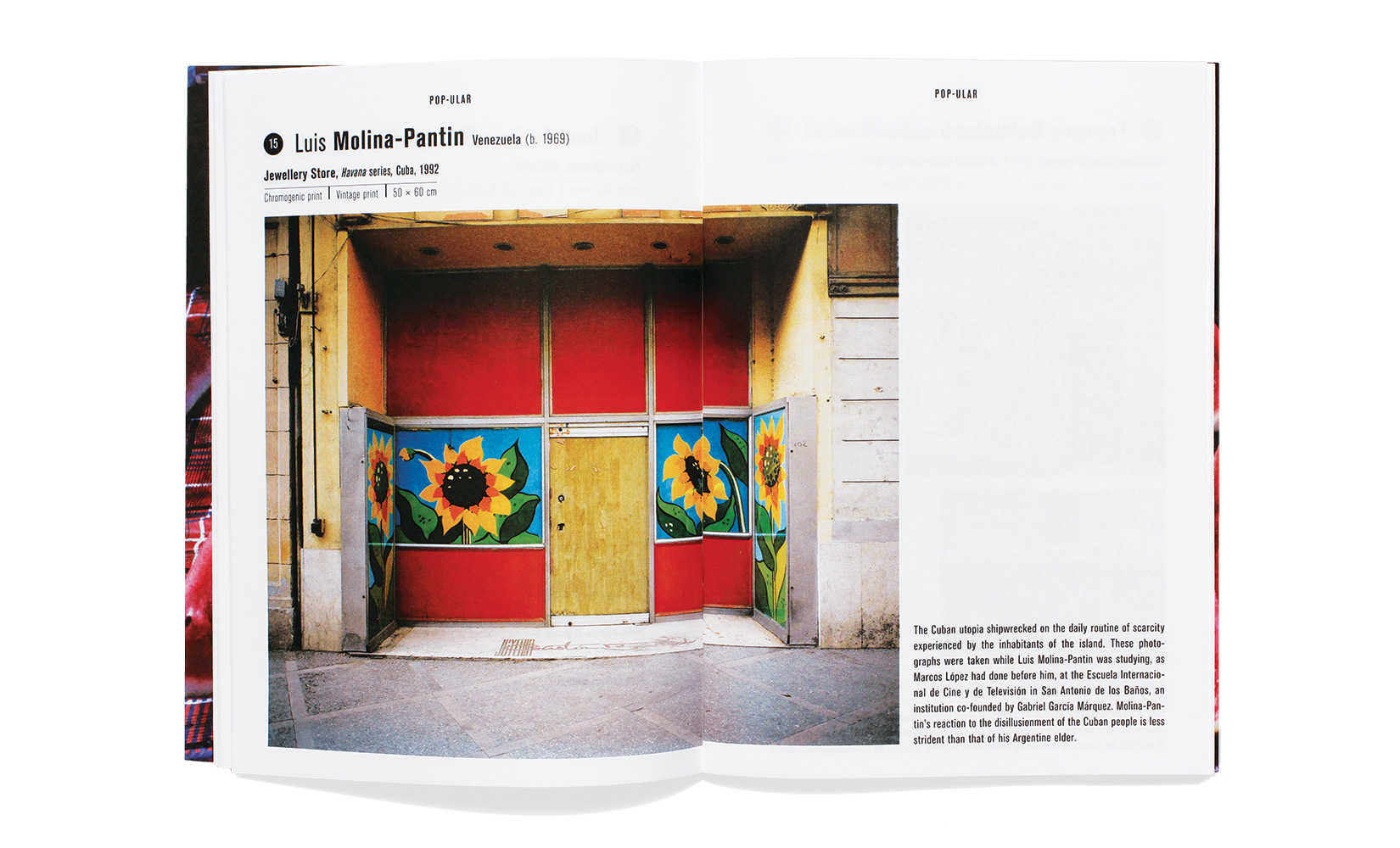 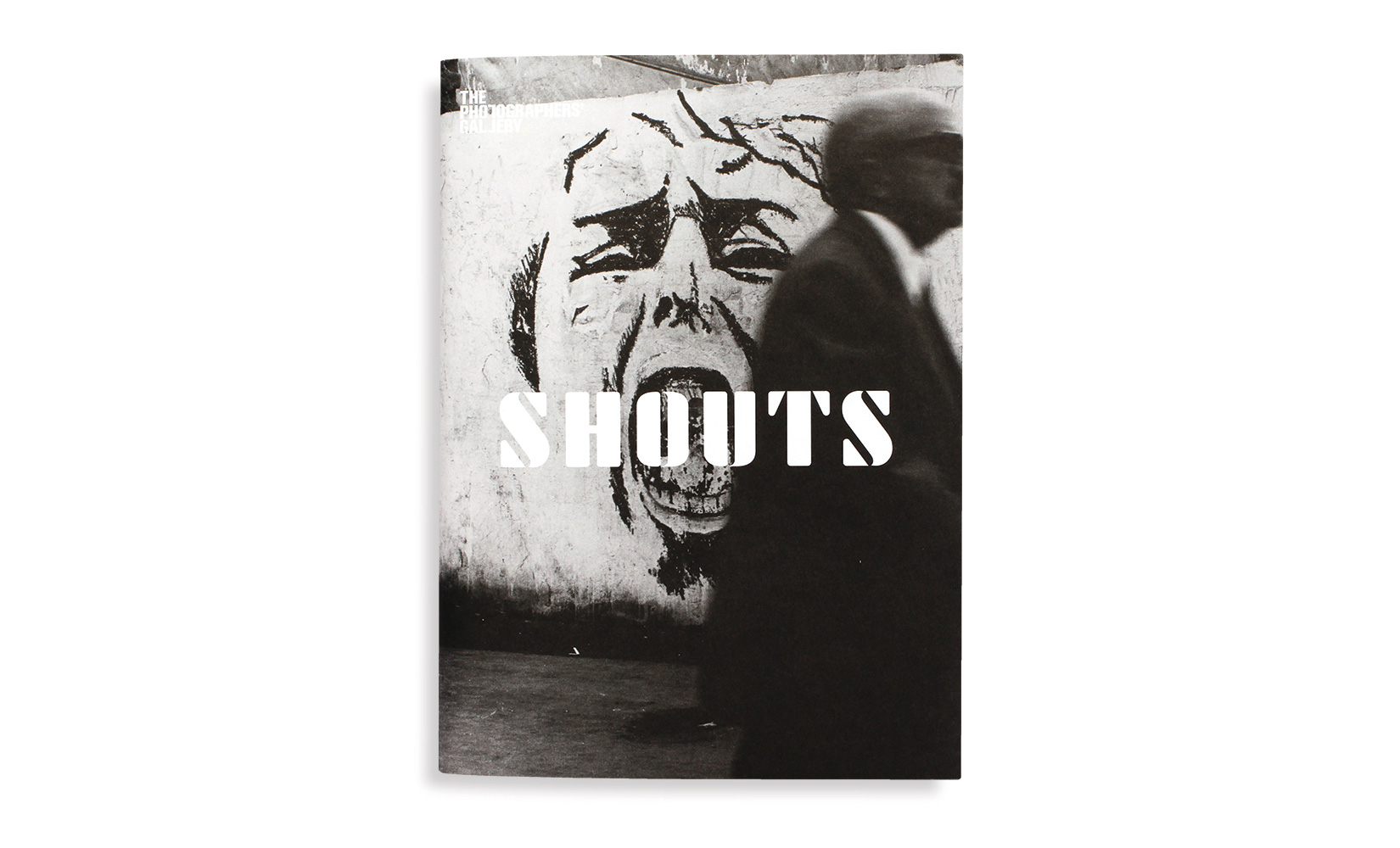 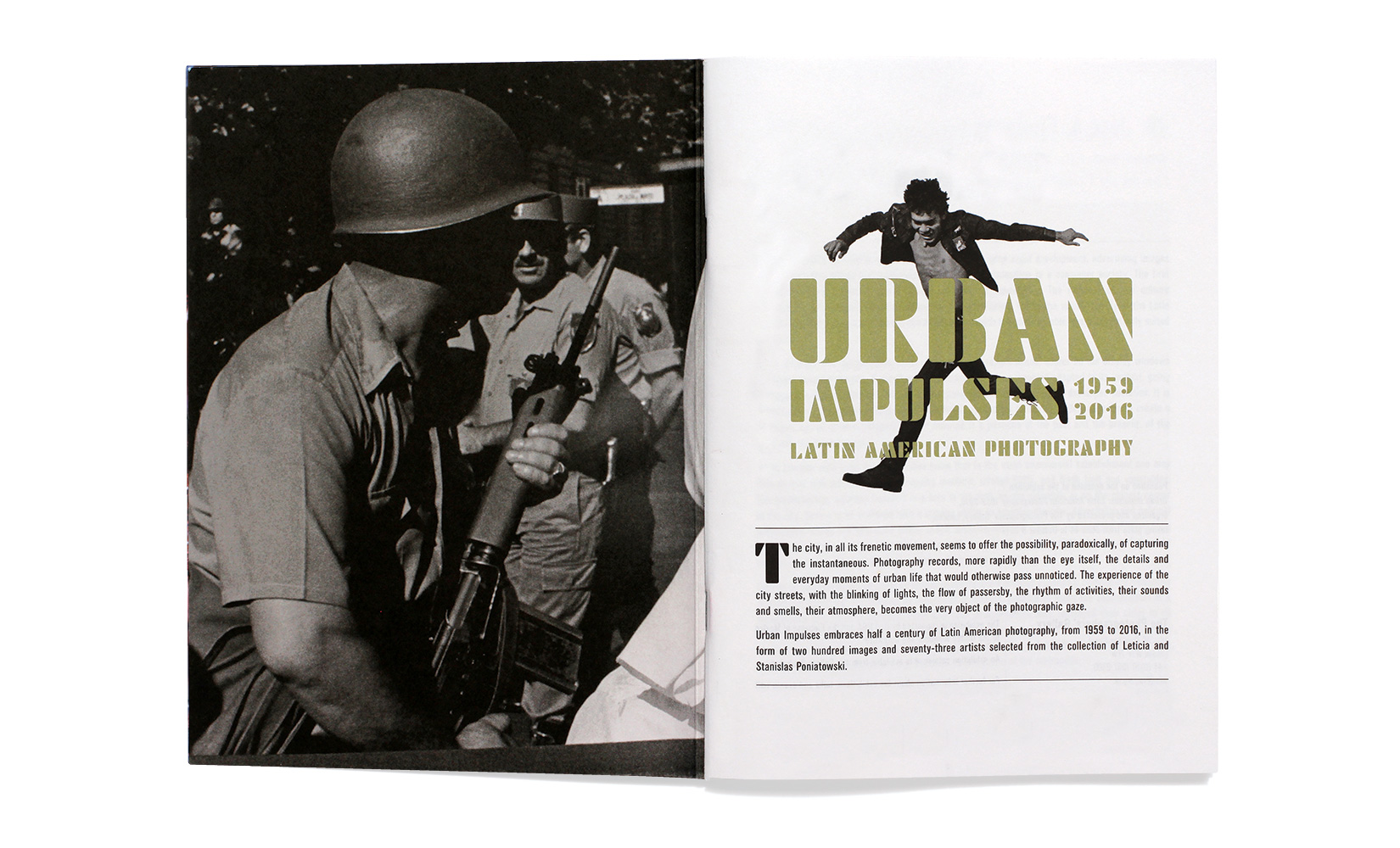 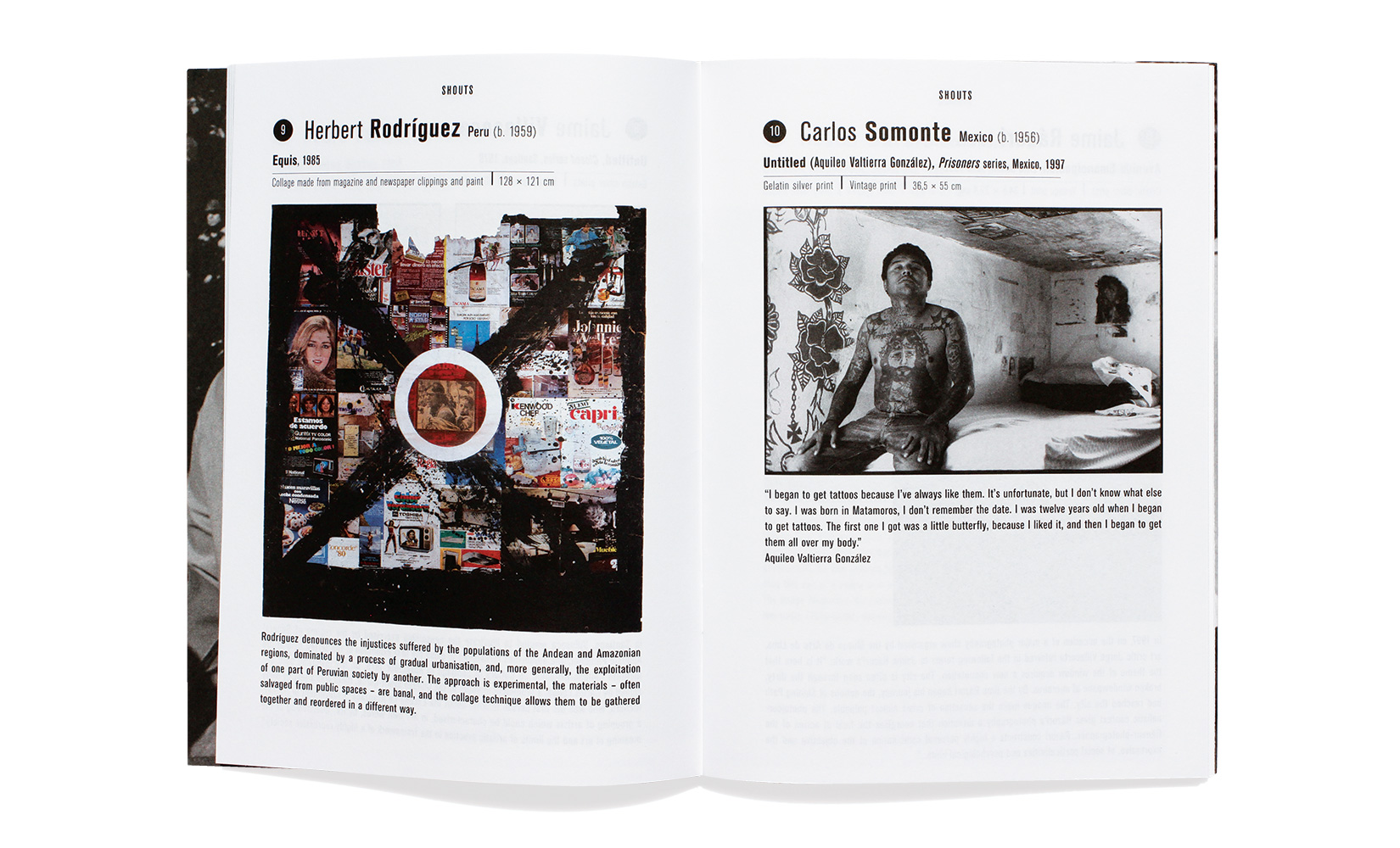 Featuring the work of over seventy photographers and artists, Urban Impulsesembraces half a century of Latin American photography, from 1959 to 2016.

Through more than two hundred images selected from the extensive collection of Leticia and Stanislas Poniatowski, the exhibition includes well-known names such as Alberto Korda (1928-2001, Cuba), Graciela Iturbide (b.1942, Mexico) and Sergio Larrain (1931-2012, Chile), as well as lesser known and emerging practitioners such as Eduardo Longoni (b. 1973, Argentina) and Beatriz Jaramillo (b.1955, Colombia).

Offering a diversity of artistic approaches, from street documentary to collage, the show traces a constellation of significant historical events that have marked the region: the Cuban revolution, military dictatorships in Argentina, Brazil, Chile, and Paraguay, along with mass social movements which, in still unconsolidated democracies, have given way to repression.

Daily resistance to oppression has been a part of the agenda of many artists in the exhibition, and activism in both the artistic and political fields have been manifested in and through the spaces of the urban street. Here a hybrid iconography emerges where photography exists in tandem with other media of mass circulation such as graphics, photo-copying and print media, often involving the marking, cutting and defacement of images where the notion of appearance and disappearance exist in tandem.

The exhibition is curated into two distinct but complementary themes: Shoutsand Pop-ular. Shouts considers photography’s role not only in documenting identities and presences, but also to explore absences: in the face of kidnappings and forced disappearances carried out by authoritarian regimes, photography has been a weapon against silence. Public spaces and the city walls have also played an important role: when pen and paper, laws and rights, courts and judges have failed to obtain justice, the walls of the cities have taken on a life of their own. And photographers have portrayed these walls, covered with the slogans and cries of protest of those demanding political, social, and economic recognition, and reflecting the anger and cynicism, the hopes and frustrations of the cities’ residents.

In Pop-ular, artists’ mine the tropes of mass media and their manifestation in public spaces. Since the 1960s, as Latin America has undergone rapid development, advertising images have diversified and multiplied, marked by the rapid transition to a consumer society. The first widespread use of colour photography was in advertising, and the richness of pop culture imagery, often associated with commerce and advertising, marks the visual identity of the Latin American metropolis. Signs, patterns and typographies, often created by self- taught hands, confer on the display windows an almost innocent beauty. Pop culture in Latin America has a meaning adapted to its context, going far beyond a commentary on patterns of consumption and commodities. It is related rather to popular culture, closer to a vernacular aesthetic, with a capacity to create a symbiosis out of external pop influences. Latin America is a pastiche of the past and the present, of the local and the international.

This exhibition provides an important counterpoint to the dominant Western and North American histories of photography. Latin American identity is a paradox forged in diversity: every country has its particularities, but most of them have struggled with the conflicting claims of nationalism and regionalism in the face of constant attempts at cultural and economic colonization by “First World” countries. The works here express the contradictions of a region which, in its hybrid condition, finds itself torn between the pre-Hispanic world, the post-colonial experience, and the capitalist drivers that have implacably invaded the process of consolidation of its cities. Chaos acts in them as an emancipating force.