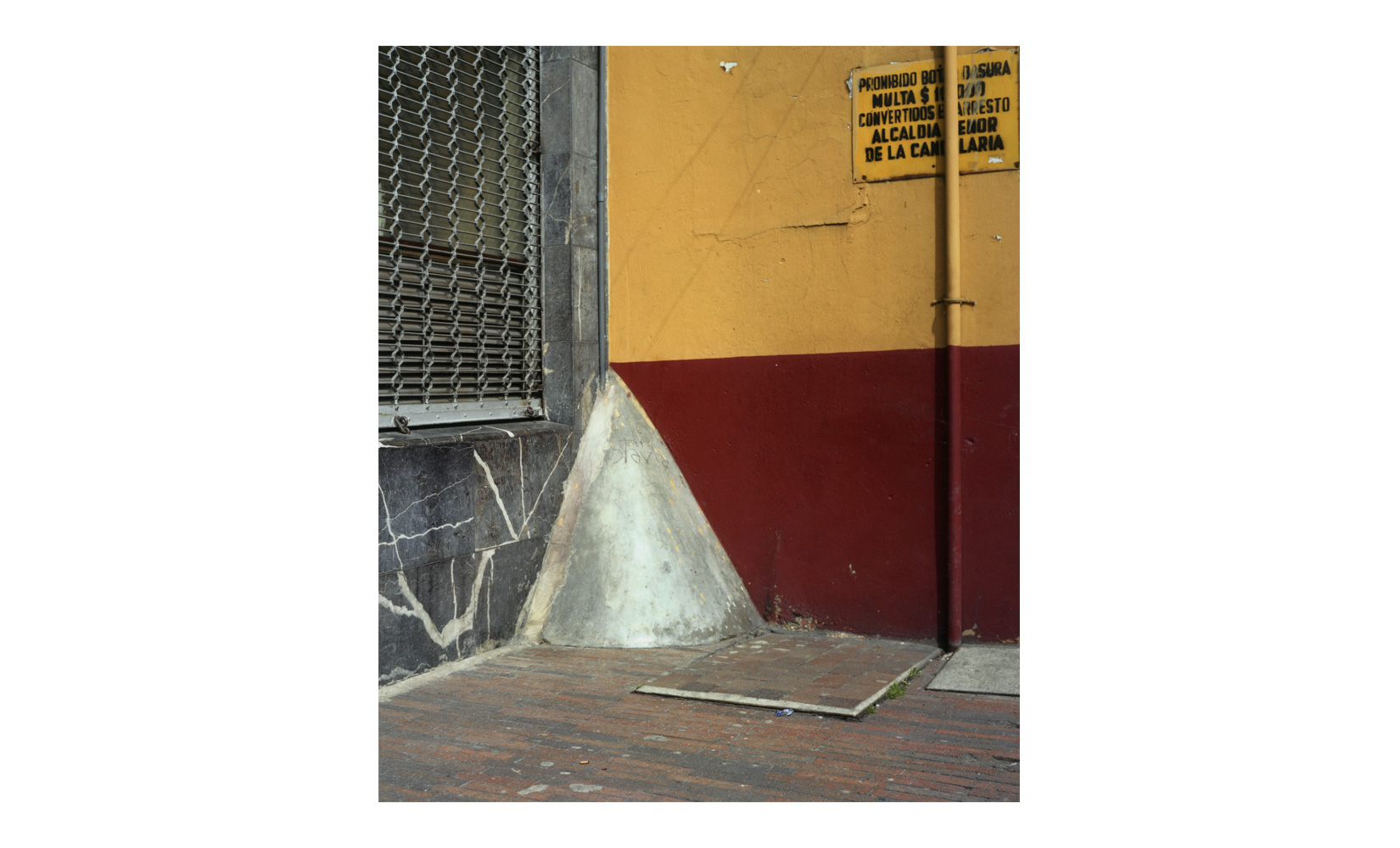 “I had a set round: I would walk from my house—on Calle 22 at that time, next to the Universidad Jorge Tadeo Lozano—to my work—at the Ministry of Culture—on the corner of Calle 11 and Carrera Quinta. I would walk without paying too much attention to the landscape. By encountering these forms something immediately ‘clicked’ inside me. I recalled one of Robert Morris’ works, which are white pieces, very geometrical, rigid, and formal in their construction. The ‘fat corners’ interested me as something postminimalist, a totally criollo gesture of minimalism. I worked at that time as a bureaucrat in the Ministry of Culture, and since I had no workshop at home, I found that the only way to stay in contact with my artistic work was photographic documentation. I was inspired by whatever was nearest to me at that time and, as you see, I discovered these relations between sculpture and the new city that were opening up for me. I feel I really appropriated that space, even as the space itself took possession of me.”— Rosario López

Rosario López studied visual arts at the Universidad de Los Andes in Bogotá and then earned a master’s degree in sculpture at the Chelsea College of Art and Design in London. She has been professor of sculpture at the Universidad Nacional de Colombia since 1999. From 2004 to 2006, she was academic coordinator of the master’s program in visual arts at the same university. She has participated in various group exhibitions, including the 7th Bienal de Arte de Bogotá in 2000, where she won first prize for her project Esquinas gordas. She currently lives and works in Bogotá.