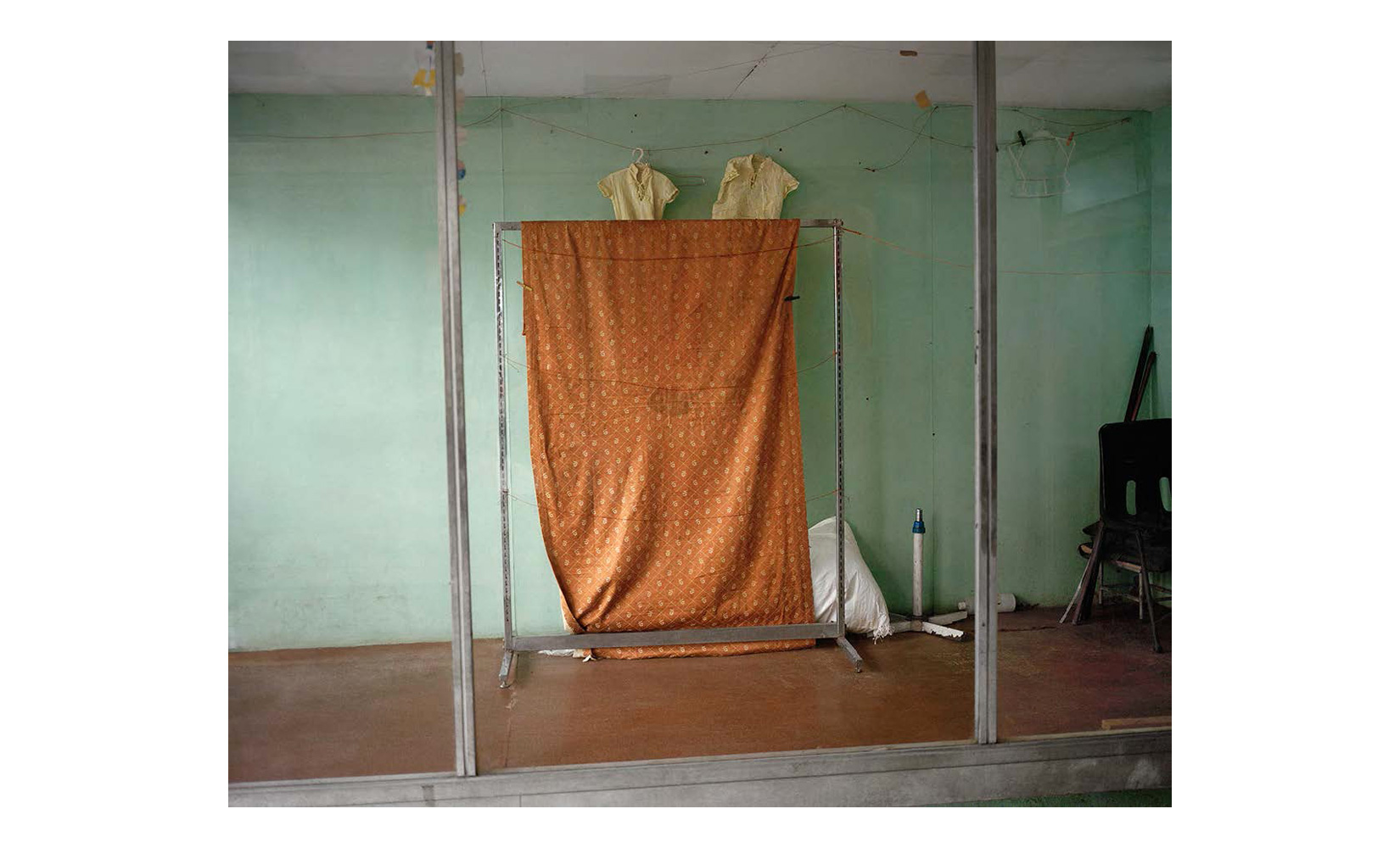 “The project Baja Moda (Low Fashion) explores two key aspects of contemporary Latin American culture: identity and resistance. While working on a previous project across Latin America, I began documenting store fronts and shoe shops still standing unaltered through the passage of time, unconcerned with the tendencies of modern globalized culture, seemingly opposing the economic transition to overseas manufacturing. The nature of identity, how it weaves into history and continues to evolve in contemporary society resonated immediately in these impervious storefronts. The precarious, yet carefully arranged displays, suggest a principle of resistance, an inherent ideal detached from the economic challenges faced by a polarized continent, as they stand against the impending homogenization of the metropoles they inhabit. In their own way they recall the revolutions that characterize the region’s recent history that weren’t able to withstand the weight of the new markets. While it is expected for the streets of Havana to soon be hosting their first Gucci store, an H&M locale to open up in downtown Quito, or every central market in ¨developing countries¨ to appear conspicuously similar in the nearest future, we can surely expect for these last standing establishments to quickly succumb to the imminent standardization of the new world order.  With Baja Moda I intend to preserve, if at least in an image, the last traces of a particular diversity.” —Pablo López Luz

Pablo López Luz grew up in an artistic family, becoming acquainted with celebrated Mexican photographers such as Graciela Iturbide, whose influence on the young Pablo was considerable. In 2006, after studying communications, he earned a master’s degree in art at New York University and the International Center of Photography in New York.

His work owes a great deal to the Mexican landscape tradition. He is best known for his aerial photographs of Mexico City, a megalopolis in a process of constant mutation, of rapid and chaotic growth. He has also explored the links between history and the contemporary world, especially the question of the Mexican national identity.

Pablo López Luz received a scholarship from the Casa Velázquez (Madrid) in 2005 and the Jóvenes Creadores grants of the FONCA in Mexico in 2007 and 2011. He has held numerous solo exhibitions in Mexico, including Ciudad de México at the gallery Arena (2007), Terrazo at the Casa del Lago (2006), Al final… El horizonte at the Museo Archivo de la Fotografìa (2011), Ciudades y memoria at the Centro Fotográfico Álvarez Bravo (2012), and Pyramid at Arroniz Arte Contemporáneo (2013), which was followed by a publication of the same name in 2014. He has also participated in the collective exhibitions América Latina 1960-2013 (2013) at the Fondation Cartier pour l’art contemporain in Paris (also presented the following year at the Museo Amparo in Puebla, Mexico), Urbes Mutantes (2014) at the International Center of Photography in New York, and Develar y Detonar (2015) at the Centro Palacio de Cibeles in Madrid, presented as part of PhotoEspaña, Pulsions Urbaines (2017) at the Espace Van Gogh in Arles, presented as part of Les Rencontres d’Arles, and Urban Impulses (2019) at The Photographers’ Gallery in London.