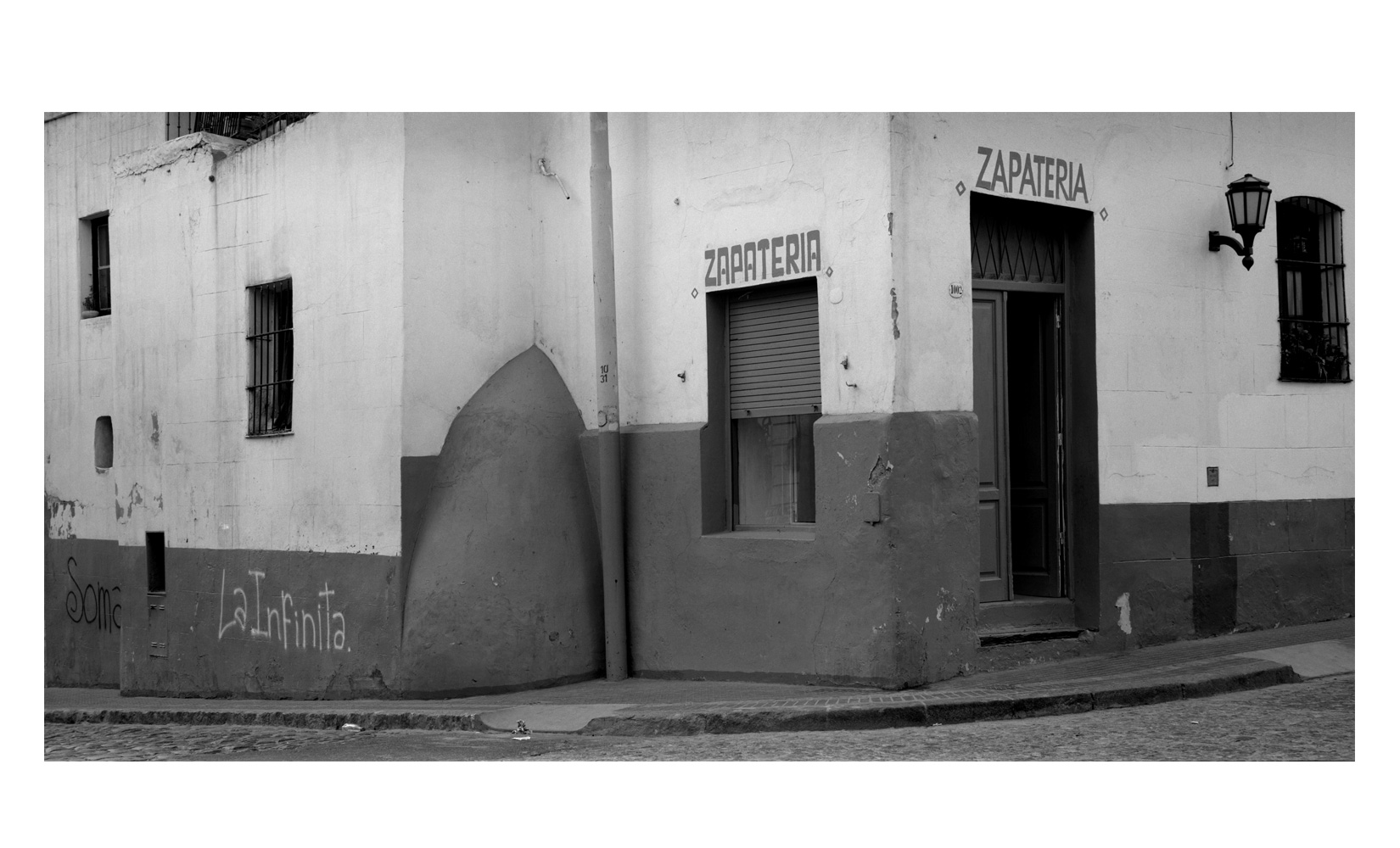 Juan Travnik shares with his colleague Humberto Rivas, ten years his senior, a fondness for spaces empty of any human presence and a sort of meditative blackness. His cityscapes and images of the urban fringe bear the traces of economic crises and state-sponsored violence.

Juan Travnik trained as a photographer by working as an assistant to Pedro Otero. He exhibited his work for the first time in 1970, at the Ateneo Foto Cine in Rosario. He worked for eleven years for AGFA, during which time he was able to perfect his technical skills. Sent to the Photokina trade fair in Cologne, he traveled around Europe, frequented new photography milieus, and attended workshops. He saw for the first time the original works of August Sander, who became, along with Mike Disfarmer, one of the main influences on his work in portraiture. From 1971 to 1976 he taught color technique at the Escuela de Fotógrafos Profesionales. From 1976 to 1980 he worked as a photojournalist for the press groups of Julio Korn and Abril, as well as for the Sigla agency. In 1979 he established his own studio, participating the same year in the founding of the Consejo Argentino de Fotografía.

Travnik began to work in the photo essay genre in the 1980s, exploring the themes of adolescence and the carnival. He has also produced urban landscapes bearing the traces of the economic crises and state-sponsored violence that have affected Argentina. In 1992 he was invited to FotoFest in Houston, participating in the exhibition The Urban Landscape. In 1997 he held a solo exhibition in the Torre de Abrantes in Salamanca, Spain, which was accompanied by the publication of the volume Juan Travnik. Since 1998, he has been the director of the photo gallery of the Teatro San Martín, and since 2000 a member of the organizing committee of the Encuentros Abiertos of the Festival de la Luz. In 2001 he created a new gallery: the Espacio Fotográfico of the Teatro de la Ribera.

In addition to essays and shorter articles, he has published two books: Annemarie Heinrich. Un Cuerpo, una luz, un reflejo (2004) and Malvinas, retratos y paisajes de Guerra (2011). The photographs of the latter volume have appeared in numerous exhibitions. He has held individual exhibitions in Argentina and elsewhere (Paris, Curitiba, Tenerife, Maracay, etc.) and has participated in collective exhibitions in Argentina, Italy, the United States, and Spain, among other countries. His work can be found in public and private collections in Argentina, Brazil, Venezuela, Mexico, the United States, and France.