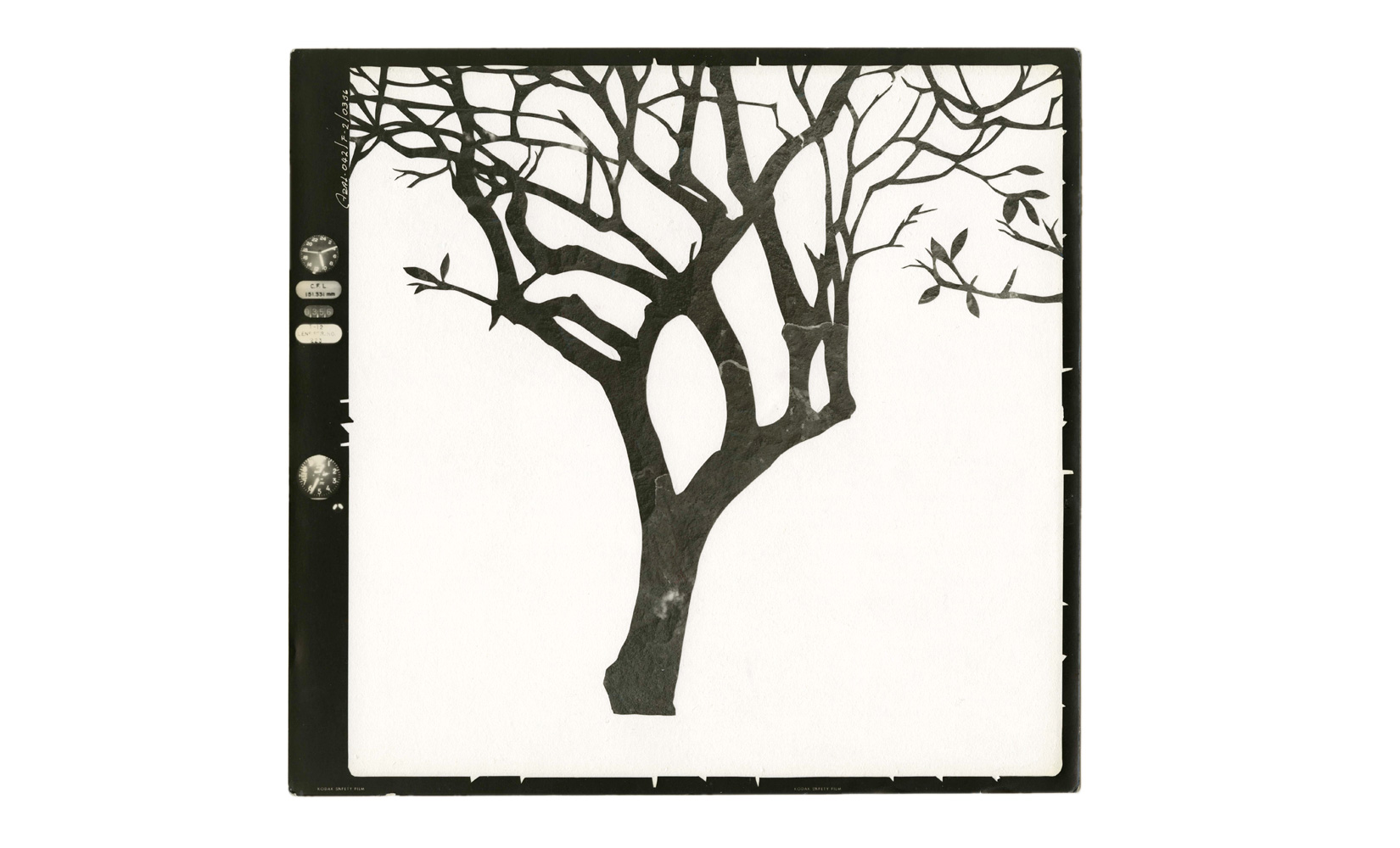 “The series entitled Tierra Caliente belongs to a group of ‘photographic drawings.’ This is the name I have given to my work with old anonymous analog contact prints. I alter the surfaces of them. I efface almost the entire photographic image by cutting and scraping. The original surface, formerly in the foreground, becomes an underlying citation. In Tierra Caliente, I work with aerial photographs, taken above remote tracts of countryside and virgin forests, almost always uninhabited places. Aerial photography is often used to detect the cultivation of illegal crops in these regions. Vast tracts of land are cleared away for cash crops and fragile ecosystems are thereby devastated. In Tierra Caliente, I depict the trees and botanical species native to Colombia, to South America.”

Following studies in the visual arts at the Talleres Artísticos of the Universidad de los Andes in Bogotá from 1984 to 1989, Johanna Calle received a British Council scholarship in 1993 to earn a master’s degree at the Chelsea College of Art and Design in London. Her work draws on a range of archival and deciphering techniques, often associated with everyday life, to address the violence of recent Colombian history and evoke the victims of forced disappearances. Among her most recent solo exhibitions are Submergentes: A Drawing Approach to Masculinities at the Museum of Latin American Art in Long Beach, California, and The Air We Breathe, at the San Francisco Museum of Modern Art in 2011; Hexagon, at Sàn Art in Ho Chi Minh City and When Attitudes Became Form Become Attitudes, as well as K, at the Wattis Institute for Contemporary Arts in San Francisco in 2012; Foto gramática, at the Galerie Krinzinger in Vienna, Perspectivas, at the Galerie Ivo Kamm in Zürich, Marking Language at the Drawing Room in London, and América Latina 1960-2013, at the Fondation Cartier pour l’art contemporain in Paris, in 2013; and Indicios at the Casas Riegner in Bogota in 2014, as well as the retrospective Silentes 1985-2015 which was devoted to her work at the Museo de Arte del Banco de la República in Bogota in 2015.