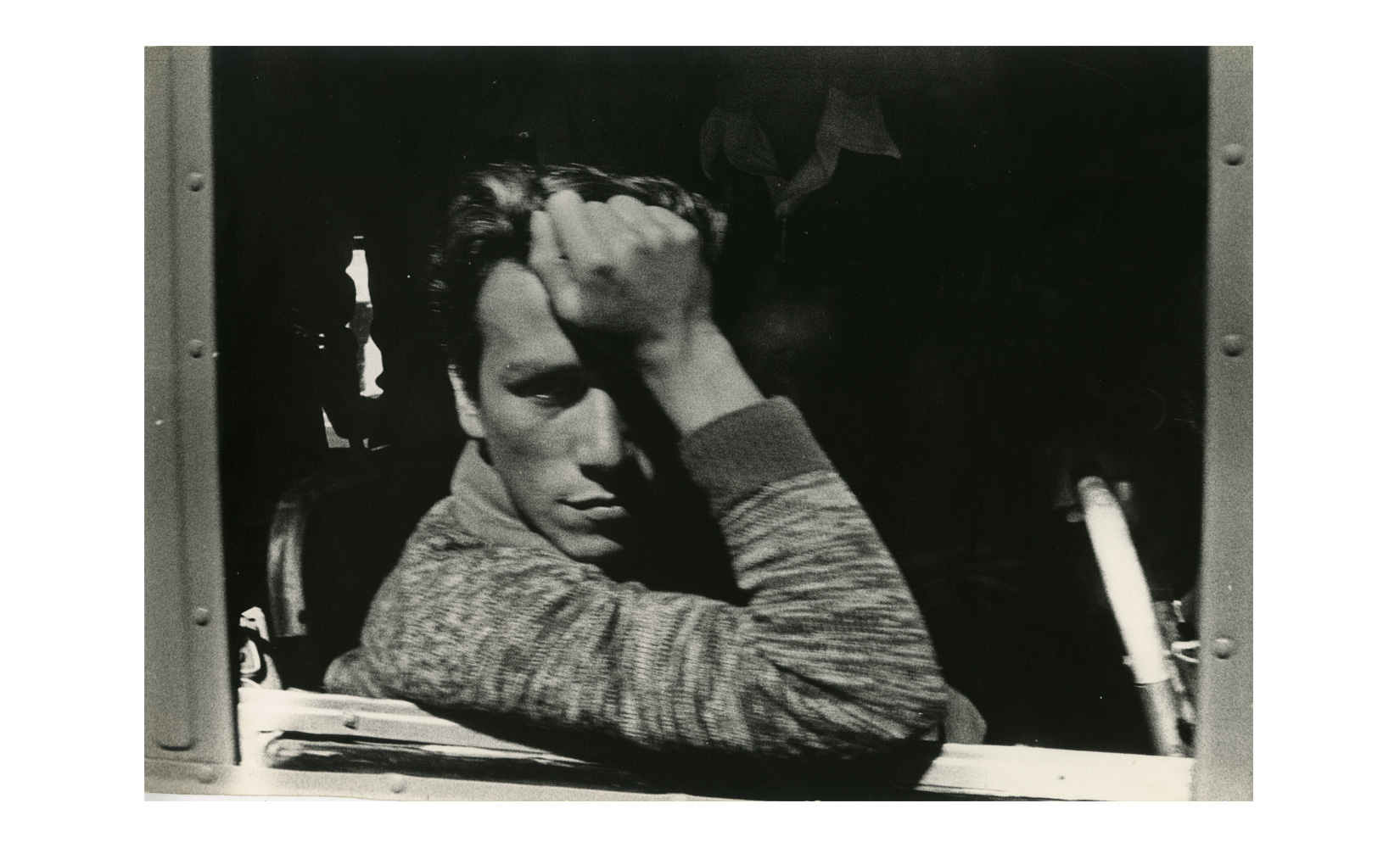 “In Bartelsman’s photographs, young women, old women, couples, mothers, and daughters travel in silence, expectant, confined within their melancholy. The images recall the plates taken secretly by Walker Evans in the New York subway in the 1940s; but unlike Evans, the Dutch-born photographer of Cali has not concealed his camera and performs his activity openly, making his presence public without allowing it to dominate. Bartelsman’s special ability to be accepted as an onlooker in spaces as crowded and confined as buses is well known, as is his skill at capturing such precise images of vehicles in movement. From the time he was a very young man—twenty-three years old—Bartelsman worked on this series, which he began in Cali in 1972 and continued in Bogotá (1975 and 1978), Quito (1978), and the subway in Santiago (1978).” —Santiago Rueda, in Fernell Franco y el Grupo de Cali (2010)

Born in 1949 in Laren, Netherlands. Lives in Medellín, Colombia.

Gertjan Bartelsman has lived in Colombia since 1950. He began his career as a photographer in the 1970s, working for various advertising agencies and as a photojournalist with important publications in Colombia and international news services. At the same time, on the artistic side, he participated in five Colombian motion pictures and more than thirty exhibitions in Colombia and abroad, including two Venice Biennales and three Coloquios Latinoamericanos de Fotografía in Mexico. He has produced photographic chronicles on subjects such as passengers and buses, bars and cantinas, and the punk pogo dance in Medellín, as well as, more recently, the “rooster series.” He currently lives and works in Medellín.