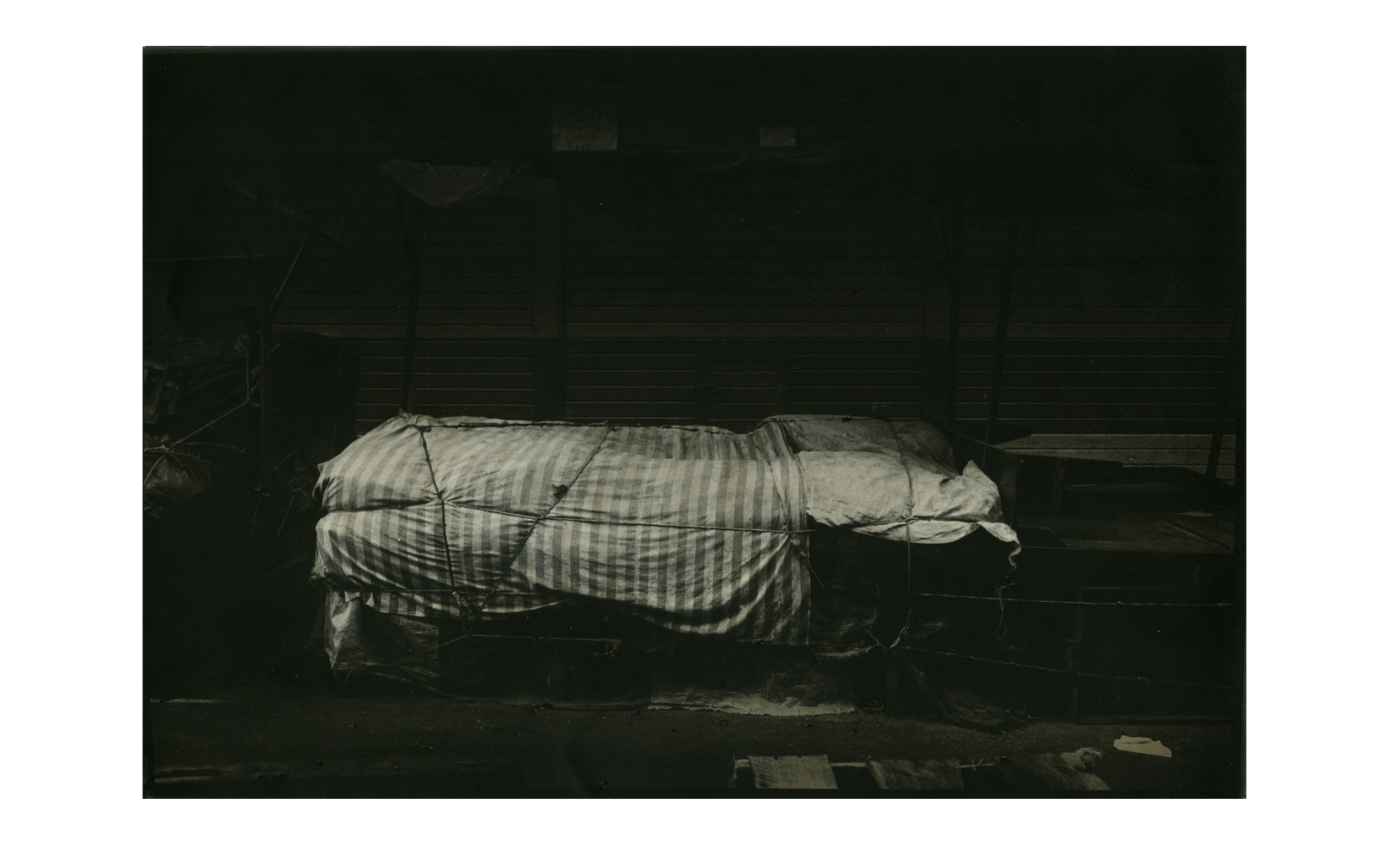 “The series Amarrados [Bundles] may well be connected with those images of violence and with the fact that, when I sat in the plaza in the midst of the bustle of the market, what I saw was the canvas of the stalls and all the things that were bundled, covered, protected, and stored like that. By photographing inanimate objects I realized that that way of wrapping things up had to do with the way we wrap up death to insulate ourselves from it. With the way we package death to cover it up, to keep it out of sight.”

“A large group of images appeared to me in Cali, in the center of the city to be precise, where I understood that all the instability of setting up and taking down an entire business took place every Sunday… Although they were permanent, they suddenly assumed new forms. It is something ghostly that cities have. Suddenly one night you can see things that are not there the next day, or in the morning you can see that a whole stage set has been set up in a few moments and in the afternoon it will disappear. They are things that are woven and wrapped up. It is life in transformation: appearing and disappearing.” —Fernell Franco

Fernell Franco moved with his family to Cali in 1951. There, he worked in the Arte Italia photography studio and, in 1968, joined the advertising agency Nicholls Publicidad. In 1972, he became head of the photography department of the magazine Cromos in Bogotá and later worked as a photojournalist for the newspapers Occidente and El País (Cali), while also contributing to the magazines Cromos and Diners, among others. In 1972, he held his first exhibition at the Galería Ciudad Solar in Cali. His series about prostitution in Buenaventura, entitled Prostitutas, was the first of many produced over the course of his career, including Amarrados, Interiores, Billares, Demoliciones, and Retratos de ciudad. In 2016, the Fondation Cartier pour l’art contemporain, in Paris, followed by the Centro de la Imagen, in Mexico City, presented a retrospective of his work.