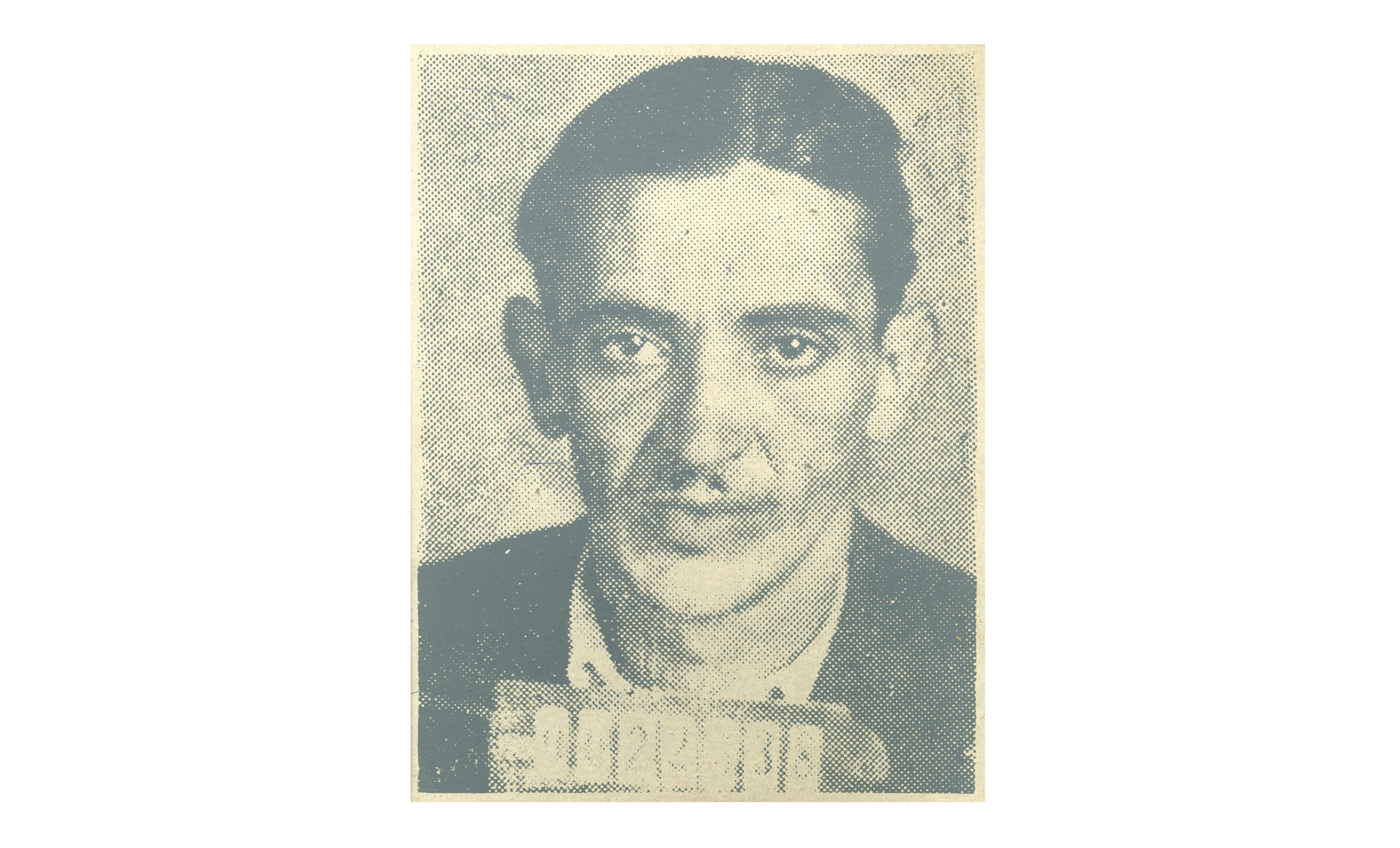 The magazine Detective appeared from 1934 to 1937. In its early years, from which these photographs of “robbers” were taken, it was intended as an instructional and recreational publication for new law enforcement officers, but its large circulation turned it into a crime magazine for the general public.

“I owe my work to the periodic acquisition of old newspapers and magazines, profane relics in whose photographs we can see the sediment of failed acts of public life, breaches through which reality filters, in all its fragmentary incompleteness.” —Eugenio Dittborn

Eugenio Dittborn studied fine arts at the Universidad de Chile in Santiago, then in Madrid, Berlin, and Paris, from 1961 to 1969. During the years of the Chilean dictatorship, he shared the ideas of the Escena de Avanzada, which addressed the conditions of artists working under Pinochet’s totalitarian regime. His was awarded a Guggenheim grant in 1985. His Pinturas aeropostales are his most important pieces. Conceived in 1984 as an act of resistance, with the aim of inventing a transportable medium, these “aeropostal paintings” were made initially on large pieces of brown paper (210 x 140 cm) that could be folded to a sixteenth of their size and mailed in envelopes. In 1997, the New Museum in New York and the Museo Nacional de Bellas Artes in Santiago jointly organized an exhibition dedicated to Dittborn’s work. He participated in the Museo de Artes Visuales in Santiago in 2010, the Mercosul Biennial in Porto Alegre in 2011, and the Intense proximité exhibition during the 2012 Triennale in Paris.